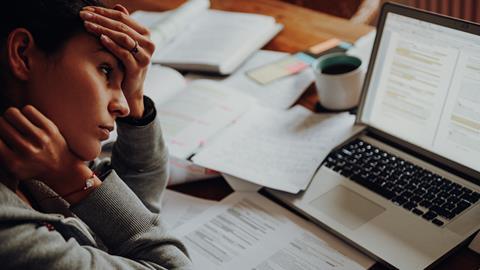 LawCare was contacted by 667 legal professionals in 2021, down by nearly 10% from 738 the previous year. The charity said it spent 336 hours providing support on the phone, answering a call every 90 minutes.

The most common problem cited was stress, affecting 33% of all those contacting the charity,  as the number of those citing stress increased from 170 people in 2020 to 211 last year.

Other issues regularly cited by those who sought support included anxiety (13%), depression (10%), bullying (8%) and career development (8%).

The majority (69%) of those who got in touch with LawCare were women, the same figure as in 2020, while 63% were trainees and pupils or had been qualified for less than five years.

LawCare, which was set up in 1997, initially to help solicitors with alcohol problems, has now reached the milestone of having helped 10,000 legal professionals. Its chief executive Elizabeth Rimmer said the charity is ‘very proud’ of the landmark.

‘It’s been a difficult couple of years for us all and we continue to offer free, confidential, emotional support to anyone that needs us in the profession, on any issue that is worrying them, no matter how small,’ she said. ‘In our 25th anniversary year we plan to extend our advocacy work to help change the culture in the law, making it a healthier and happier place to work.’