Lawyers have expressed their dismay at reports of judges demanding to see proof of positive Covid tests before agreeing to a remote or adjourned hearing.

A memo shared online purportedly from the recorder of Winchester, which would cover both Winchester and Salisbury Crown courts, states that no application for an adjournment will be considered without ‘some evidence’ supporting a positive Covid test by a defendant or an advocate. The same direction was said to apply to any application for remote attendance at a hearing. 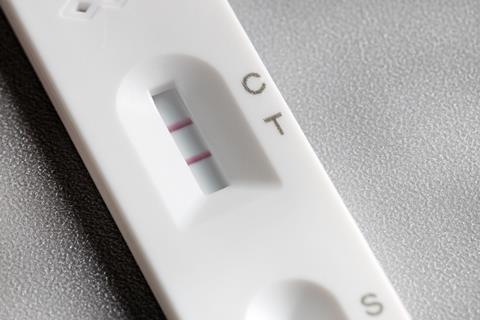 In light of current difficulties obtaining PCR tests, the memo said the court would accept a photograph of a positive lateral flow test as evidence.

But advocates on social media have asked why such evidence needs to be provided and suggested that judges are calling into question their honesty and integrity.

Kirsty Brimelow QC, vice chair of the Criminal Bar Association, said she had raised the issue yesterday with HM Courts & Tribunal Service, which will follow it up with the senior presiding judge.

Beheshteh Engineer, a barrister with 36 Crime chambers, said: ‘Even if there was an epidemic of lying lawyers, I won’t be providing proof of medical status (not for covid or anything else) on principle. I am trusted not to lie to the court, and that includes on the subject of covid tests.’

Bernard Richmond QC, from Lamb Building, said: ‘The system works because we value our reputation for integrity and our word is accepted. The criminal bar puts up with a lot but, this is a straw which might just break the camel’s back. Either trust us or don’t.’

Faisel Sadiq, chair of the Bar Council’s disability panel, said the underlying message was an unspoken assumption that some counsel are lying in respect of their lateral flow tests. 'I am very concerned about where this could lead if not nipped in the bud,' he added.

Government guidance makes clear that court users should not come to court buildings if they have tested positive for Covid-19 and are self-isolating, if they have Covid symptoms, or if they are waiting for a test result.

The issue may come into greater focus this week as courts remain open while record numbers of new Covid cases are reported. A record 3.7m people in the UK had Covid in the week to New Year’s Eve - an extra million more than the week before - according to estimates from the Office for National Statistics.

UPDATE: On 7 January, Kirsty Brimelow confirmed that following representations on behalf of the CBA, the Recorder of Winchester withdrew earlier direction and replaced it with a new direction removing the requirement for advocates to provide proof of a positive test.