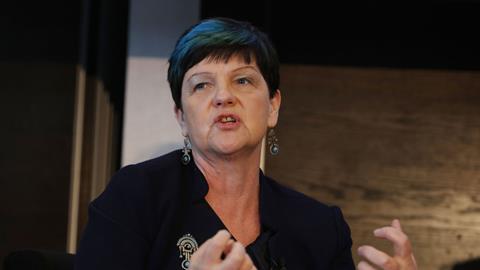 The government’s decision to join the new European patent regime could prompt a backlash from MPs, lawyers have warned. Amid uncertainty following the referendum in June, intellectual property minister Baroness Neville-Rolfe said last week that the UK intended to ratify the unitary patent and court system.

For the new regime to come into force, only Germany’s ratification is now required. A UK division of the Unified Patent Court (UPC) is due to open in Aldgate Tower, London.

While the court will ultimately be answerable to the Court of Justice of the European Union, the Intellectual Property Office said the UPC was ‘not an EU institution’.

Neville-Rolfe (pictured) stressed the decision should not be seen as indicating the government’s position in negotiations with the EU. However, IP lawyers said this could be interpreted as pointing to a ‘soft Brexit’ strategy – and prompt a backlash.

Ron Moscona, a partner at international firm Dorsey & Whitney, described the announcement as ‘unexpected’, with most observers believing the prospect of granting further supremacy of EU law and enhanced jurisdiction to the CJEU to be politically unlikely following the Brexit poll result. ‘The decision to ratify will require parliamentary approval, so there is of course the potential for parliamentary scrutiny and further delays,’ he said.

Gwilym Roberts, partner and chairman of IP firm Kilburn & Strode, said: ‘Unless the government can communicate the subtlety that this is a beneficial but ultimately extra-EU solution, then this ratification promise may be viewed (wrongly) with suspicion.’

While the government’s statement that the UPC was not an EU instituion was ‘semantically true’, EU-wide injunctions will be issued as a result of judgments, multinational panels of judges will sit on disputes and the CJEU will hear high-level challenges, Roberts said.