One of the country’s biggest consumer law firms has announced the closure of several departments, with the business consulting on 100 roles affected.

Simpson Millar told staff today that it plans to exit the dispute resolution, employment and wills, trusts and probate markets. Advanced discussions are already underway with another firm regarding the acquisition of its conveyancing work in progress and the transfer of its conveyancing team.

The closures also include the Simpson Millar holiday accident and sickness claims department, which was one of the biggest of its kind in the country.

The firm will now concentrate on its injury sector and remaining private client work.

Greg Cox, chief executive, said: ‘Simpson Millar is a great business, and we firmly believe that we have the opportunity to really challenge the legal market and the way that legal services are offered to clients. 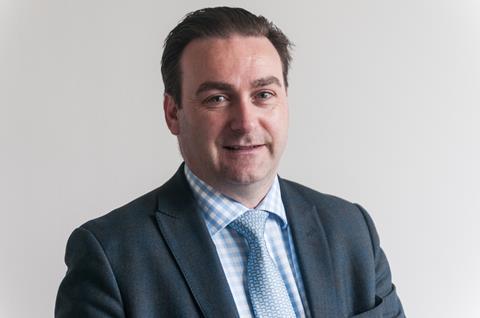 Cox: Firm must adapt to the changing legal services market

‘However, like all firms in the legal sector we must adapt to the changing legal services market – including the extension of fixed costs to large parts of civil litigation - and wider external forces.

‘The proposed restructure takes into consideration these challenges and provides us with an opportunity to review our operational efficiencies, get the firm ready for the forthcoming changes and further invest in our growth areas.’

Cox said the firm’s priorities are now to support those affected and to ensure high service levels during the transition. The business will  continue to focus on public Law, as well as PI and its remaining private client areas.

The most recent accounts available from the firm, covering the year ended 31 December 2020, show that operating losses increased from £2.9m to £4.48m. Losses for the year before members’ remuneration and profit shares were £8m. The firm owed £27.1m to creditors within the following 12 months, and £23.8 after more than one year. At the same time, the firm had assets of £38.3m, including £17m of unbilled income.

Companies House records show firm also took the unusual step of replacing its auditor following the resignation of accountancy firm BDO in February this year. This was brought about when the firm’s allocated Partner retired, which then triggered an amicable transfer to Mazars. In December 2021, Ian Cohen had resigned as a director of practice areas and injury to set up his own consultancy after four years with the firm.

Simpson Millar has grown incrementally in recent years, acquiring Colemans-CTTS in 2015 and EAD Solicitors in 2018. The firm is owned by equity investor Doorway Capital, which provides risk capital to law firms.

A note on the 2020 accounts states that in December 2021, Simpson Millar accepted a capital contribution of £11.7m from its parent company Doorway Holdings Limited. On the same date, the firm repaid £8.2m in capital and £3.48m of accrued interest, owed to Doorway 4 Law Limited under a £25m long-term facility between the parties.

Doorway 4 Law Limited, which is described as the parent and holding company of Doorway Holdings Limited in its annual accounts, reported losses of £6.7m before tax in the full 2020 year.