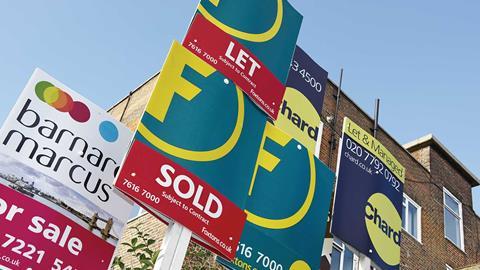 The Court of Appeal has dismissed a legal challenge that campaigners hoped would slash the cost of extending a lease. The landmark case, Adrian Howard Mundy v The Trustees of The Sloane Stanley Estate, involved a flat in Chelsea with 23 years left to run on the lease.

It centred on the choice of ‘relativity graph’ for calculating the premium on extending leases with less than 80 years left. London firm Bircham Dyson Bell represented a leaseholder challenging the widely used ‘Gerald Eve’ model created by surveyors more than 20 years ago. Instead, in 2016 the leaseholder proposed to the Upper Tribunal a new statistical model known as the Parthenia model, based on nearly 8,000 market transactions between 1987 and 1991.

Rejecting the challenge, Lord Justice Lewison said the Upper Tribunal was ‘well within the scope of its functions’ to rule out future use of the Parthenia model. Lewison noted that the Law Commission is considering how valuations can be simplified under the Leasehold Reform, Housing and Urban Development Act 1993. ‘It may be, therefore, that the holy grail will one day be found,’ he said. Enfranchisement is one of the three priority areas that will kick off the commission’s two-and-a-half-year residential leasehold project.

London firm Pemberton Greenish, which represented The Sloane Stanley Estate, said the best way to determine relativity has been a ‘vexed question’. The firm added: ‘Although the Gerald Eve graph is not perfect, it has been accepted as the least-unreliable method, along with that promulgated by Savills which takes as its starting point the value indicated by a graph it has produced showing the relationship between a lease with the benefit of the right to extend relative to the value of the freehold interest (so called “real world relativity”), and then applying a deduction to reflect the assumed lack of any right to extend.’

John Stephenson, Bircham Dyson Bell’s head of leasehold enfranchisement, said the Gerald Eve graph will continue to be used ‘until a more accurate valuation method is tested in the tribunal or the government intercedes with an amendment to the legislation’.