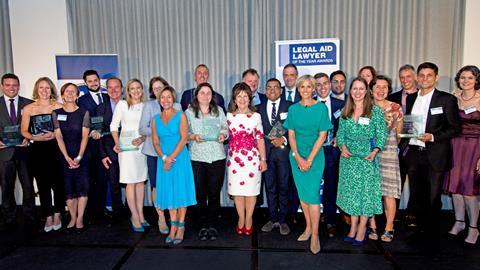 Hundreds of legal aid lawyers gathered at a special ceremony in London last night to celebrate the unsung 'heroes' within their community.

The prestigious event, now in its 17th year, was founded by the Legal Aid Practitioners Group.

The evening began with special awards being presented to three people who the LAPG committee believe have made an exceptional contribution to legal aid and access to justice: Anselm Eldergill, a district judge in the Court of Protection, and barrister Rachel Francis and solicitor Oliver Carter, former co-chairs of the Young Legal Aid Lawyers group.

Eldergill told the ceremony that the justice budget had been cut by 40% since 2010, 'not just decimated but decimated four times'.

He said: 'It's a depressing picture but would be even more depressing if it was not for your amazing efforts. I intend to return to practice next year and do my bit to rebuild the justice system that's open to all citizens regardless of their means and social class.' 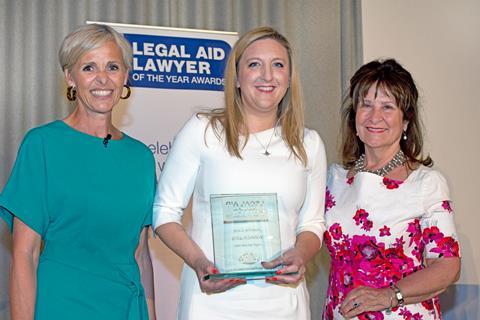 Garden Court Chambers' Joanne Cecil, who won the legal aid barrister award, helped with crowdfunding efforts to provide every MP with a copy of legal blogger Secret Barrister's book, Stories of the Law and How It's Broken. Asked by host and Sky News presenter Anna Jones about whether the attitude in parliament has changed, Cecil said: 'We have lots of nice words from the government but not a great deal of action yet - that's really where the proof is.'

Solicitor Sally Thompson, who runs north London immigration practice Luqmani Thompson & Partners, praised her colleagues who she said 'make me look good' and talked about how proud she was of her team.

Duncan Lewis solicitor Raja Rajeswaran Uruthiravinayagan, who won the public law award, said he was surprised that he was shortlisted and joked: 'I thought I got shortlisted because of my really long name.' Uruthiravinayagan had to leave Sri Lanka due to the civil war when he was 13 and said that was the reason he specialised in human rights law. 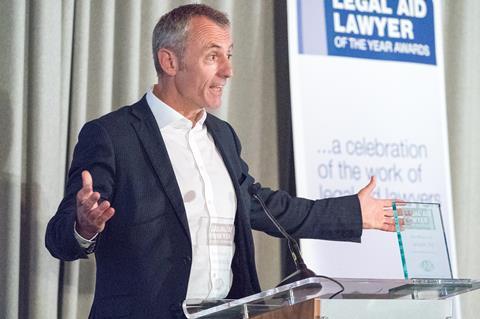 This year's 'outstanding achievement' award went to Paul Bowen QC, a human rights barrister at Brick Court Chambers, who acted in the right to die and assisted suicide cases brought by Debbie Purdy and Tony Nicklinson.