A pioneering artificial intelligence startup has accused legal information giant Thomson Reuters of using litigation as a weapon in a long-running dispute over copyright in case law. US-based ROSS Intelligence, which uses natural language processing to search US case law and citations, finding and analysing precedents and summarising cases, has announced that it will cease operations in January.

Since May, ROSS has been fighting a copyright infringement lawsuit brought by Thomson Reuters, claiming that ROSS accessed content from its Westlaw service via a former licensee to create a competing product. ROSS denies this, stating that Thomson Reuters was using litigation as a weapon to stop it securing additional funding, merging or being acquired. The case continues.

This week, ROSS responded to some of Thomson Reuters’ allegations and counterclaimed, challenging TR’s ability to copyright Westlaw’s content, stating that 'It is well established in American law that judicial opinions and federal and state laws, including administrative rules and regulations, are not copyrightable, and must remain public as a matter of due process'. 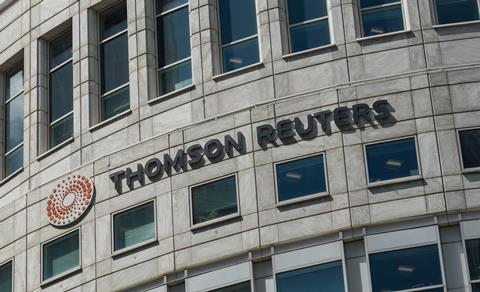 ROSS was developed in Toronto in 2014 by law graduate Andrew Arruda (CEO) and University of Toronto computer scientists Jimoh Ovbiagele and Pargles Dall’Oglio, as an entry for the university’s IBM Watson Cognitive Computing Competition. It won the competition and attracted the attention of the media – and investors. Early investors included Silicon Valley’s Y-Combinator and Denton’s NextLaw Labs. It raised a total of $13.1 million over seven rounds.

ROSS software is used by firms including Dentons and Seyfarth Shaw. Its founders’ commitment to access to justice led them to develop a free browser extension that anyone could use to find judicial decisions and opinions and verify legal information and citations.

ROSS says it remains a going concern and as it is insured for litigation costs, it is continuing to fight the Thomson Reuters suit. 'We hope that by continuing in this way, the precedent this court case sets will inspire innovation rather than shut down competition,' stated its founders.

Thomson Reuters said it does not comment on litigation.