In-house legal department spending on information technology (IT) is growing 25% faster than spending by businesses as a whole, according to a new guide to the burgeoning ‘lawtech’ market.

The LegalTech 2018 Buyer’s Guide, published by Israel-based artificial intelligence (AI) business LawGeex, suggests that lawtech businesses are attracting record levels of investment – $49m in January 2018 alone – and are rapidly consolidating. Other findings are that the number of companies offering legal AI systems has leapt from 40 to 66 in the past year and the market in legal analytics systems, which extract knowledge from data, is expected to grow four-fold to $1.8bn by 2022.

The guide covers 16 areas of lawtech, including systems for carrying out contract reviews and due diligence. At least three companies offer systems that claim to predict a judge’s decision in litigation or the likelihood of a patent being granted. Players in this market include Miami-based Premonition, which claims to give clients a ‘very, very unfair advantage in litigation’, by, for example, suggesting a change of venue based on a court’s record of deciding types of cases.

However, the guide finds that, despite much excitement, applications for blockchain technology are scarce in the legal world. It cites professional services firm EY’s smart contract platform for shipping insurance as a rare example. 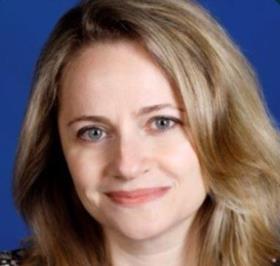 Lucy Bassli, chief strategist at LawGeex, said that lawtech is starting to make inroads into the front office, taking over tasks that are traditionally handled by lawyers: ‘For the first time, everyday tasks – such as analysing or reviewing contracts – are becoming increasingly automated.’

The UK government last month identified the legal sector as a field for research funded through its Industrial Strategy Challenge Fund. It will make £20m available for collaborative R&D to develop new applications of AI and data-driven tech.