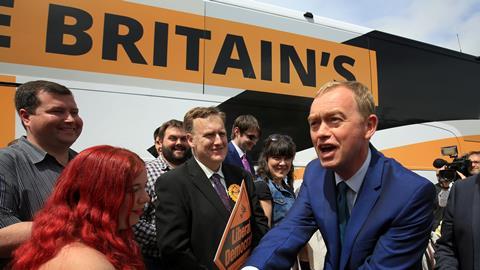 In a section titled ‘Fix a broken system’ the manifesto, published this morning, says: ‘We will raise the status of the National Assembly to become a Welsh Parliament, strengthening its capacity to scrutinise legislation and to hold the Welsh Government to account. We will drastically reduce the number of reserved subjects and prevent Westminster from being able to override Wales on devolved matters. We will recognise Wales as a distinct legal jurisdiction.’

The manifesto contains no details of the legal structure that would replace current arrangements, but legal institutions that have an England and Wales remit include the High Court, the Court of Appeal, the Solicitors Regulation Authority, the Bar Standards Board, the Legal Services Board and the Land Registry.

Whether the adoption of a reserved powers model of devolution in Wales should be accompanied by the establishment of a wholly separate jurisdiction remains a subject of fierce debate in the country, including among lawyers. Supporters argue it could boost access to justice by repatriating fees lost to England. A Welsh body of law is already developing piecemeal - for example a replacement for stamp duty land tax.

Other law and justice policies include a reversal of the ‘massive increases’ in court and tribunal fees, and an ‘urgent and comprehensive’ review of the effects of the Legal Aid, Sentencing and Punishment of Offenders Act on access to justice.

The party would also secure further funding for criminal legal aid 'from sources other than the taxpayer', including insurance for company directors. On Brexit, there is also a pledge to ensure the UK retains arrangements for jurisdiction, the recognition and enforcement of judgments and for family cases currently secured under the EU Brussels 11 regulation and the Hague child abduction convention.

A ‘general anti-avoidance rule’ for corporate tax, a ‘digital bill of rights’ and a ‘presumption against short prison sentences’ are also pledged.

Party leader Tim Farron’s introduction to the manifesto says: ‘To be clear, Theresa May’s Conservative Party is on course to win this election. Unless we make a stand, they will walk away with a landslide.’