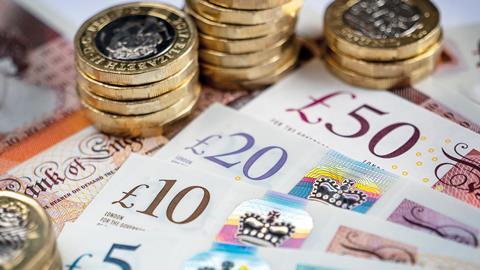 A litigation funder backing thousands of cases folded last year when it defaulted on its obligations to its main finance provider, its administrator has revealed.

A report on Affiniti Finance shows the company was dependent on secured creditor Fortress Capital to enable it to advance loans to consumer litigants. But the relationship broke down shortly before administrators were appointed last November and Fortress issued an acceleration notice to Affiniti demanding repayment of the entire £42.9m outstanding.

Insolvency specialist Quantuma Advisory was instructed to act as joint administrator of Affiniti, and it was decided the company could not continue to trade or write new business.

The collapse of the litigation funder came in spite of turnover for the 10 months to 31 October 2021 almost doubling to £9.9m and profit before tax increasing even at an even faster rate to £3.3m.

The Quantuma report, published at Companies House this week, shows that Affiniti’s loan book was worth £30.2m by the end of October. After a review of the workforce and the structure of the business, a ‘significant’ number of staff were made redundant.

In addition to Affiniti’s secured indebtedness to Fortress, HM Revenue & Customs is listed as a secondary preferential creditor owed around £214,000. Affiniti also has debts worth £1.8m to unsecured creditors, including £936,000 owed to trade and expense creditors and £817,000 to directors. It is uncertain at this stage what money will be recouped from the loan book to pay off these creditors.

Affiniti, which traded from premises in Chester, was regulated by the Financial Conduct Authority and provided direct-to-consumer lending to fund legal claims. Funds were advanced to the law firm representing the client and typically used to finance disbursements, after-the-event insurance premiums and specialist reports. The company also lent directly to law firms.

In September 2020, Affiniti announced a £250m capital raise for litigation and dispute funding, backed by a multi-billion dollar US-based fund. Its investments at the time included more than 5,000 litigation matters, but it was envisaged this would increase to 50,000 within a year. According to the accounts for the year ending 31 December, the firm had an outstanding loan worth £18.3m with Fortress Lending Fund Subsidiary DAC secured by a fixed and floating charge over the assets.