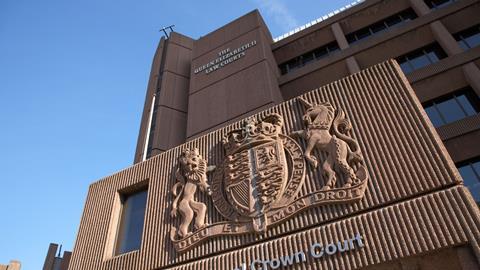 ‘Covid-19 operating hours’ are to be piloted in Liverpool as part of HM Courts & Tribunals Service’s coronavirus recovery plan, the Criminal Bar Association has revealed.

The CBA posted details about the pilot on its website yesterday afternoon. According to an HMCTS document, the available sitting time will be eight hours. Trials continuing from the morning session go into the morning session on the following day. It states that custody trials involving a female or young defendant will not be listed in either session. Trials involving vulnerable witnesses or a large number of witnesses are unlikely to be suitable.

Another courtroom will operate standard hours. The HMCTS document states that this would ensure trials that could not be heard in the am/pm session can still proceed. It would also ‘mitigate against the diversity challenges of practitioners with caring or other responsibilities being unable to attend the earlier or later afternoon session’.

Issuing guidance on the pilot, HHJ Andrew Menary QC, Liverpool Crown Court's resident judge, says the shortest and most straightforward cases will be suitable for the shift courts. The trial should ideally involve a single defendant and have an estimated hearing length of no more than two-three days. Custody and bail cases can be listed in the morning court. Only bail cases will be listed in the afternoon court.

HHJ Menary stresses that the court will take account of representations made by parties, which can be made in confidence if necessary, when deciding whether a trial should be heard in the morning or afternoon court, or be moved to a traditional court.

‘We hope that the flexible approach that will be taken to listing cases in the am-pm courts alongside trial courts operating conventional hours, and the facility for court users to make representations about any listing in these courts will avoid or mitigate some of the known risks associated with operating these extended hours,' he adds.

The CBA says the Liverpool model should not be confused with the staggered working hours being used in some court centres, such as Sheffield Crown Court. It adds that the ‘entire basis for the Covid Hours Court pilot is co-operation. Undue pressure will not be brought to bear on the bar to attend’.

The HMCTS document states that 'a small number of other courts' will also test the new approach.