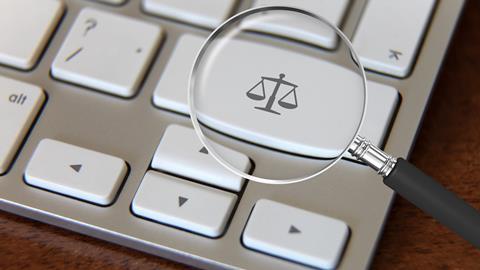 Efforts should be made to make English law the jurisdiction of choice in emerging sectors such as fintech and artificial intelligence in order to fend off international competition, a report commissioned by the judiciary has recommended.

The study commissioned by LegalUK, a group set up in 2017 to promote English law, found that there is potential for English law to take the lead in many emerging sectors and industries, gaining 'first-mover advantage' and setting a global market standard.

The report said that several other jurisdictions are now promoting their own legal systems to attract more international business. ‘Questions around enforcement coupled with the recent establishment of international commercial courts across the EU, including in France, Germany and the Netherlands, may drive some EU litigants to locate disputes in the EU rather than the UK,’ it said.

Oxera recommended that, in order to stay competitive, English law should strive to be the main governing law in new areas that are seeing high growth, such as fintech, cryptoassets and smart contracts.

‘These and other future developments and markets are likely to grow rapidly, much like the growth of the derivatives and securitisation markets in the 1990s where English law has enjoyed the first-mover advantage due to its early solutions to key market issues. It has since become an asset generating great economic value for the UK economy. However, this value is not static, and looking forward, there is scope for significant growth in the value that English law can help to generate for the UK economy.'

Law Society president I. Stephanie Boyce said: ‘The Law Society played an active role in this research and I believe its findings come at an opportune moment, as the UK government continues to negotiate trade deals with our international counterparts.

‘We will use this research to help build and inform our existing campaign to encourage the use of English law and promote England and Wales as a jurisdiction of choice and a global centre for legal services.’