A mammoth group claim against Mastercard brought on behalf of 46 million card holders has received permission to proceed to trial, in a major development for consumer class actions.

The Competition Appeal Tribunal (CAT) certified the Merricks v Mastercard lawsuit yesterday, on the condition that a suitable undertaking as to costs liability is given by the claimants’ new litigation funder. This is the first ever collective proceedings order (CPO) to be granted.

The claim, estimated to be worth up to £15bn, accuses Mastercard of subjecting UK customers to higher prices through so-called 'interchange fees' levied between 1992 and 2008. It is brought by former financial services ombudsman Walter Merricks CBE. The lawsuit was originally rejected by the CAT in 2017, on the grounds that the claims were not eligible for inclusion in collective proceedings. However, the case was remitted to the CAT by the Supreme Court in December 2020.

In a judgment handed down on Wednesday, the tribunal said that the expected costs of the proceedings are ‘vast’. The litigation funder previously financing the proceedings has now been replaced by Innsworth Capital, and Merricks has access to funding for his costs and disbursements of £45.1m, on top of £15m for adverse costs. 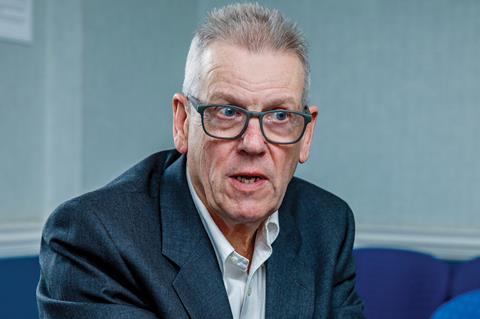 ‘We are satisfied that this should enable Mr Merricks to pursue the proceedings adequately for the class members,’ the tribunal said. ‘In that regard, we note that the revised costs budget produced by Mr Merricks sets out costs which total just under £32.5 million.’

The claim is being brought on behalf of everyone who purchased goods or services in the UK when he or she was resident in the UK and over 16 years of age between 1992 and 2008. Permission to amend the claim form to include deceased persons in the class was refused by the tribunal. The CAT also ruled that the lawsuit cannot include a claim for compound interest.

Boris Bronfentrinker, a partner at Quinn Emanuel, said the judgment is an ‘important landmark’ in the development of the collective proceedings regime. ‘Many doubted the suitability of this claim for a collective action, but the entire legal team representing Mr Merricks never stopped believing. It is very satisfying to know that Mastercard must now defend on the merits a claim of £15bn in the knowledge that it has a binding finding of infringement against it. ‘

However, Freshfields partner Mark Sansom said the judgment is a ‘win’ for Mastercard. ‘The judgment was not about whether or not the claim would be certified. Rather, it relates to whether the claim could include claims on behalf of deceased people and for compound interest. The tribunal has found for Mastercard on both points, ruling that those claims cannot be included in this case and reducing the value of the claim by over 35%.’

Gareth Shaw, head of money at Which?, said the judgment is 'a really positive step for consumers' and 'could open the door for many other cases to follow suit'.