A Manchester solicitor says the chance to help learn lessons to prevent future tragedies was behind him becoming a coroner at the age of just 31. 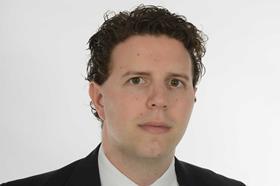 Zak Golombeck (pictured) is one of the youngest holders of a coronial post in England and Wales after securing a new role as Her Majesty’s Assistant Coroner.

The clinical negligence and human rights specialist is based at the Manchester office of Slater and Gordon.

Golombeck hopes to use his new role to make the difficult experience of attending inquests less distressing for relatives of the deceased. He said said: ‘It’s important that they feel confident enough to ask questions if they need to, or if they aren’t following what’s going on because of all the legal and medical terminology that is often used.

‘A coroner’s role is obviously to find out how a person died, but it’s also to guide families through the process in the most sensitive way possible and make sure they get that sense of closure that an inquest should bring. Inquests are crucial in helping us learn lessons for the future and I am really excited to play my part in that.’

Golombeck will combine his new role with his work at Slater and Gordon and says it will help him to develop as a solicitor.

‘It will be interesting being on the opposite side of the bench. Instead of making legal arguments I will be adjudicating and making decisions.’

The Manchester City Coroner appointed him and this was approved by both the Chief Coroner and the Lord Chancellor.

He is not the youngest person to make it to a coronial post: in November 2003 David Place was appointed as an assistant deputy coroner for the City of Sunderland at the age of 29. He remains in the post.

Golombeck is the second solicitor this year to reach judicial office at the age of 31.  Taylor Haldane Barlex partner Briony Clarke was sworn in as deputy district judge at Chelmsford Crown Court last month, becoming the youngest female judge in England and Wales.