A solicitor who had taken his first step on the judicial ladder has been given a suspended prison sentence for creating a fake campaign to support his planning applications.

Keith Shaw, from Whitby in North Yorkshire, pleaded guilty to a number of fraud offences spanning three years when he appeared at Westminster Magistrates’ Court on Monday.

Shaw, 37, a deputy district judge, came to the attention of police when Scarborough Borough Council reported concerns in November 2015 that he had attempted to subvert a planning process. 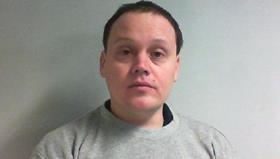 Shaw had applied for planning permission to develop land at several locations in the Whitby area, and attempted to influence the planning office through submitting numerous correspondence purporting to be from members of the public. These contacts were all in support of his applications.

The letters were found to have been submitted by Shaw using the names and address of real people without their permission, and the content of the correspondence was entirely fictitious.

The court also heard that Shaw that claimed a refund of £2,747 in relation to surveyors’ fees when buying an area of land in Sleights, North Yorkshire. He had claimed that due to a delay in the sale completing he had been charged for a survey that did not go ahead, which was not the case.

Detective Inspector Jon Hodgeon, head of economic crime and major fraud at North Yorkshire Police, said the investigation into Shaw’s activities had taken 18 months, but it was important to catch professionals such as him and send a message that no-one is above the law.

‘Keith Shaw is a highly qualified judge who used his enhanced knowledge of the legal system to commit crime and deceive a number of public sector organisations,’ added DI Hodgeon.

‘He is a narcissistic individual who thought he could use his position to defraud others for personal gain.’

Shaw was sentenced to 20 weeks imprisonment suspended for two years. He was ordered to pay £2,747 in compensation and £7,285 in costs. He was also ordered to do 200 hours of unpaid work.