The former director of public prosecutions who stood down amid controversy last year heads a sparse list of lawyers named in the 2020 New Year honours list.

Alison Saunders, called to the bar in 1983, becomes a dame commander of the Order of the Bath. Saunders joined the CPS upon its formation in 1986 and was appointed DPP in 2013. She was the first internal candidate – and only the second woman – to be appointed to the post.

Her term of office was marred by controversy over a series of high-profile rape and sex-offence cases. Criminal barrister Daniel Janner QC, son of the late Labour peer Lord Janner who faced false allegations of child child abuse, is quoted by the PA news agency as calling Saunders 'the worst DPP in living memory'.

The head of the Government Legal Department, Jonathan Jones QC, HM Procurator General and Treasury Solicitor, is appointed knight commander of the Order of the Bath, for public service. Jones was called to the bar in 1985.  Jones said: 'It is a great privilege to lead the Government Legal Department and its dedicated, hard-working people in our work of unique legal and constitutional importance.' 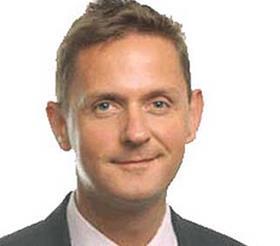 Jonathan Jones: Order of the Bath

Among the other legally qualified recipients of honours are:

Bob Neill MP, former chairman of the House of Commons justice committee, receives a knighthood. Neill, a barrister who has been an energetic scrutineer of government justice policies, is knighted for services to politics.

Catherine Adams, director of the Government Legal Department, and legal adviser at the Department for Exiting the European Union, becomes a companion of the Order of St Michael and St George.

Julia Black, professor of law, London School of Economics and Political Science, for services to the study of law and regulation.

Stephen Slack, former chief legal adviser to the Archbishops' Council and the General Synod of the Church of England and Official Solicitor to the Church Commissioners. Slack was admitted to the roll of solicitors in 1979. 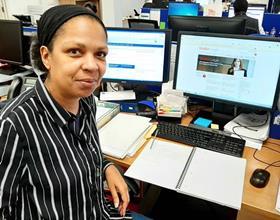 Arantxa Gaba: work in the community

Arantxa Gaba, admitted in 2004 and a solicitor with Citizens Advice Kensington & Chelsea has been awarded an MBE for her work in the community. She has worked across the complete range of social welfare law, latterly specialising in housing. She has helped the most vulnerable and disadvantaged people for two decades, including the survivors and bereaved families affected by the Grenfell Tower fire.

Christl Hughes, vice president of the Leicestershire Law Society, has been awarded an MBE for her contribution to equality and charity.

Martin Mckay-Smith, training principal at the Crown Prosecution Service, receives the MBE for services to law and order and legal training.

Have we missed anyone? If you know of a solicitor honoured in the list, please send details (and a photograph if possible) to: michael.cross@lawsociety.org.uk