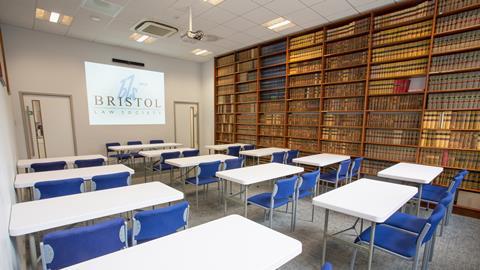 Bristol Law Society has marked its 250th anniversary by becoming the first law society in the country to host a Nightingale court.

The court has been set up at the society's premises, which include a conference room, boardroom and three mediation rooms, to ease pressure on Bristol Crown Court. The court will handle employment tribunal and non-custodial criminal cases such as community service orders.

Ben Holt, president of Bristol Law Society, said: ‘This is, I believe, a great example of the benefits that can be achieved by close co-operation between the society, the profession, the judiciary and the Ministry of Justice. It will enable and ensure greater access to the justice system to members of the public and court users at a time when it is under extreme pressure.’

Founded in 1770, Bristol is the oldest local law society in the country. It turned 250 yesterday.

Justice minister Chris Philp said: ‘I am grateful to Bristol Law Society for joining the national effort to reduce delays and deliver speedier justice for victims. This is part of our plan to unlock vital capacity in the face of this unprecedented pandemic and ensure our courts recover as quickly as possible.’

John Moriarty, chairman of Bristol Law Society, told the Gazette that the idea of the society's premises being used as a venue for a Nightingale court came about following a conversation with a local judge.

Another Nightingale court has opened in Chester, taking the current total to help ease pressure on the justice system to 14. A further two courts will open this month.