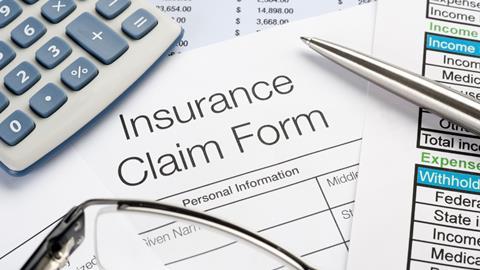 A serial fraudster who attempted to make a series of claims in the space of five months has been jailed for almost two years.

Nolan Cormac Blakey, from Newcastle, concocted a number of injuries and accidents including an exploding cooker and an overheating mobile phone which burnt his sofa, from June 2015 to November 2015.

On another occasion, Blakey made a claim for a fractured wrist when he attempted to leave a pizza restaurant that had a locked door. Footage from CCTV cameras showed he had walked through the door unhindered and suffered no such injury.

Blakey also claimed £2,500 for a personal injury claim that was completely false. His actions aroused suspicion when Blakey submitted handwritten receipts as proof of earnings as a deejay, but he could not provide any details of where or when he was supposed to have performed.

The 39-year-old made claims with various different insurance firms, which were found out when cross-industry checks were made by officers from the City of London Police’s Insurance Fraud Enforcement Department (IFED).

Insurance firms told officers that Blakey had become abusive towards their call handlers in an attempt to get his claims accepted without further question, although he initially denied being aggressive.

Blakey was sentenced to 22 months at Teeside Crown Court after pleading guilty to five counts of fraud by false representation and three counts of sending malicious communications.

Detective constable Kevin Hughes, from IFED, said: ‘Blakey manipulated the insurance system, not realising the industry works closely with the police to identify and root out fraudsters. Insurance fraud is not a victimless crime and in these incidents of fraud, Blakey has not only made insurance a little bit more expensive for all, his actions have impacted on people who were trying to help him.’