Brighton PI firm LA Law has been forced to close with the loss of 24 jobs, receivers announced this morning. The announcement cited a 'major fall in turnover in the last six months'.

LA Law, founded in 2011 and specialising in RTA claims, is the latest casualty in a sector facing unprecedented challenges. It went into receivership on 20 December. Andrew Hosking, partner at administrators Quantuma, said: 'Turnover had slipped from £3.4 million in the year to 31 May 2014, to £2.6 million in the year to 31 May 2017, but since the start of the firm’s new financial year, there had been a marked fall in turnover which in turn had led to the company being loss making.'

The firm had no connection with south of England firm Lester Aldridge.

Redundancies included both directors of the firm. 'It was not possible to sell the business on, and instead case files have been sold on to three separate law firms,' Quantuma said.

Despite the latest bad news, most personal injury firms say they expect their revenue and profits to rise in 2018. A survey of the sector carried out by marketing collective First4Lawyers found that 69% of firms surveyed expect profits to rise; 76% expect that turnover will increase.

The results, albeit based on a poll of fewer than 100 firms, demonstrate a bullishness in the personal injury market that belies grim warnings for its future.

The positive outlook also comes at a time when the government is preparing to raise the small claims limit and set fixed tariffs for soft tissue RTA claims. Both developments are likely to put greater pressure on firms operating in this field.

Almost half of respondents to the survey saw no likelihood of the government watering down the reforms in its Civil Liability Bill, although 15% believe ministers will change their mind.

Firms are reasonably upbeat that they can also respond to any potential expansion of fixed fees, as  recommended by Lord Justice Jackson last summer. His proposals have yet to be put into practice. 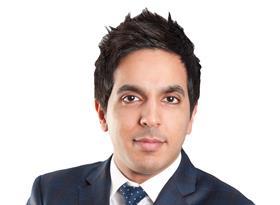 First4Lawyers managing director Qamar Anwar (pictured) said: ’Whatever the outcome of the government reforms, there will still be injured people looking for legal assistance. The question is where they will go and our analysis of the market shows that firms realise that they have to raise their game and their profile.

’It is not an easy time but the smart firms, with clear strategies and effective marketing, will ensure that those injured people have access to proper advice.’

While individuals were confident in their own firms’ ability to respond to market pressures, the majority expect more closures, mergers and redundancies in the next 18 months.