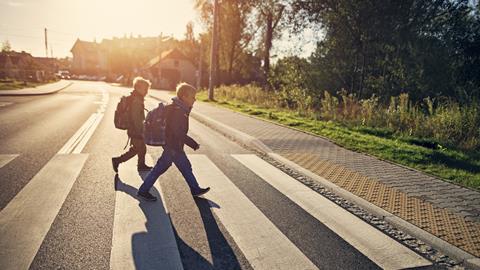 Most non-drivers do not know that white lights indicate that a parked car is about to reverse, according to research commissioned by a personal injury lawyers' body for its annual injury prevention campaign.

The Association of Personal Injury Lawyers, which has 3,100 members, revealed the finding on the first day of Injury Prevention Week - a scaled-up version of the annual injury prevention day which APIL has run since 2015. The initiative sets out to persuade politicians that the best way to cut accident compensation claims is to reduce the number of accidents.

APIL president Sam Elsby said: ‘We started Injury Prevention Day because we found that the government always focuses on the wrong thing when it looks at personal injury and legal reform. The arguments are never about preventing needless harm in the first place. Let’s be honest, the government’s work is often about restricting rights to redress after the harm has been done.’

The campaign theme differs each year. The 2015 ‘Back off campaign’ focused on ‘tailgating’ and getting drivers to think about stopping distances. Other themes include countryside safety when walking in fields with cows and calves and the ‘Head Rest Test’ to avoid whiplash injuries.

This year's theme is pedestrian injuries, particularly involving children. ‘As children prepare to head back to school we’re asking for the support of MPs to help press the importance of the Green Cross Code in their constituencies,’ Elsby said.

According to the YouGov survey, only 44% of non-drivers knew to look out for reverse lights. Almost two-thirds of parents did not think their children had a good understanding road dangers or concentrated properly near roads.