Over a quarter of law graduates are unemployed or have jobs that do not require a degree more than a year after leaving university, according to figures published by the education watchdog. However the percentage varies widely between universities.

A survey by the Office for Students found that 26% of UK-domiciled people who completed an undergraduate law degree in 2017-18 have not ‘progressed’ since leaving university. Progression rates are based on the proportion of graduates engaged in professional employment, further study, caring duties or travelling. 5,560 law graduates responded to the survey 15 months after graduating. 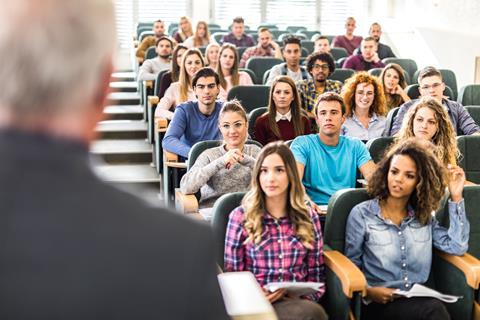 The figures form part of a wider study by the Office for Students, looking at degree completion rates and the progression of recent graduates to employment.

A study by the Solicitors Regulation Authority earlier this year also found large discrepancies between post-graduate success rates at law schools. According to the report, pass rates on the Legal Practice Course (LPC) for the year to August 2019 ranged from 100% to 23% across 25 institutions. Meanwhile, pass rates for law conversion courses range from 95% to 22%, according to the regulator’s annual quality assurance report.

Responding to the Office for Students study, James Catchpole, the City Law School's associate dean for postgraduate and professional degree programmes said: ‘Progression into the legal profession is not without its challenges, and accordingly, some would have needed to consider broader career options – while some may not enter the profession, they may pursue more legal-facing roles such as those in secretariat or governance, etc.

‘It should go without saying, however, that those who do enter into the profession do well and are greatly valued within their firms. Given the considerations above, we hope that the Office for Students has factored the City Law School's more ethnically diverse and female student population (and society's inbuilt prejudices around these demographics regarding their lack of social capital, etc.) into its data gathering process.’