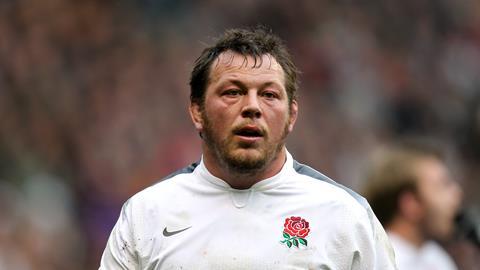 Rugby dementia claim lawyer: This is about safety, not compensation

Lawyers leading a high-profile claim on behalf of retired rugby players insist they are not driven by the prospect of winning compensation.

A test group of eight players, all under the age of 45 and including England World Cup winner Steve Thompson (pictured above), say they are planning to launch a legal action for negligence against World Rugby, England Rugby and Wales Rugby Union over their alleged failure to protect them from risks that caused concussions.

Their claim states that the defendants ‘owed them, as individual professional players, a duty to take reasonable care for their safety by establishing and implementing rules in respect of the assessment, diagnosis and treatment of actual or suspected concussive and sub-concussive injuries’.

Solicitor Richard Boardman, of Rylands Law (a trading name of national firm Aticus Law), said he is representing more than 100 former professionals in their 20s and 50s, many of who are showing symptoms associated with neurological complications. He said there is a ‘ticking timebomb’ of potentially hundreds more former players who are developing early-onset dementia and probable CTE (chronic traumatic encephalopathy).

‘The vast majority of the former players we represent love the game and don’t want to see it harmed in any way,’ he said. ‘They just want to make it safer so current and future generations don’t end up like them.’

Thompson, who won 73 caps for England and was in the World Cup winning team in 2003, is the highest profile of the claimants. He now says he has no recollection of that triumph and says repeated head knocks suffered in training and in matches are to blame.

CTE was discovered by Dr Benet Omalu in American football player Mike Webster and is a progressive degenerative disease of the brain found in people with a history of repetitive brain trauma. Boardman says his clients have displayed the same symptoms, including depression, memory loss, and inability to process information, shortness of temper and in some cases suicide attempts.

The Rugby Football Union (RFU), which runs the sport in England, has said: ‘The RFU has had no legal approach on this matter. The Union takes player safety very seriously and implements injury prevention and injury treatment strategies based on the latest research and evidence.

‘The Union has played an instrumental role in establishing injury surveillance, concussion education and assessment, collaborating on research as well as supporting law changes and law application to ensure proactive management of player welfare.’