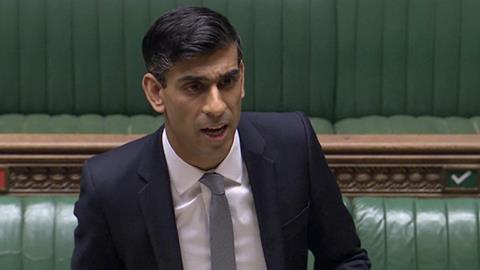 The stamp duty land tax relief 'holiday' unveiled by the chancellor of the exchequer today has been welcomed by the Law Society as a stimulus to the housing market. Chancery Lane also responded positively to Rishi Sunak's announcement of employment support schemes - but said that measures for apprenticeships could go further.

'We welcome the support and stimulus for the residential conveyancing market in England and understand the Welsh government will make its own decision on their equivalent transaction tax next week,' said Law Society president Simon Davis. 'This is a time of upheaval in the lives of many who need to move home for various economic, social and personal reasons. A temporary reduction in residential property transaction costs to support such people and to bring forward demand makes sense. It will also be welcome news for solicitors whose volume of work has fallen.'

On the ‘kick start’ scheme for young people announced in the summer statement, Davis said: 'We will be encouraging law firms as well as in-house teams to make use of this programme to train 16 to 24-year-olds by boosting the number of apprenticeships in the law.'

However he said that the support schemes would create additional jobs if the legal sector was able to spend apprenticeship levy money on lawtech seats and training in lawtech skills, training in secondary specialisations which will enable people to re-train in other practice areas and training contracts to maintain the jobs pipeline for students about to complete the LPC.

On the £1,000 retention job bonus for employes, Davis said: 'This is a positive measure for law firms, including any smaller firms which might see their practice areas slowing down.'

As expected, the summer statement included several announcements on infrastructure investment. However it did not add any detail to the prime minister's promise of reform to planning laws.

According to Treasury documents published today, infrastructure investments will include  £102 million to modernise the court estate in England and Wales. This will include £55 million for essential court maintenance, £37 million for technology to fast-track the digitalisation of the courts, and £10 million for local regeneration projects outside London and the South East.

Steven Littlewood, national officer for the Crown Prosecution Service at the FDA trade union, described the announcement as a 'good start'. However 'it will take more than a lick of paint to clear the backlog of 40,000 cases. We need more investment in both defence and prosecution to ensure that our system is properly resourced and delivers justice for the public.'

Growing your practice in a challenging climate, the increase of cybercrime attacks and the continued uncertainty of the economy and property market are likely to affect conveyancers and property practitioners. Join the Law Society’s nineteenth annual Property conference where industry experts will offer the tools and support to equip you in these areas. We will also provide the latest updates on; residential conveyancing, the new commercial property documents, and how conveyancing might develop in the future.