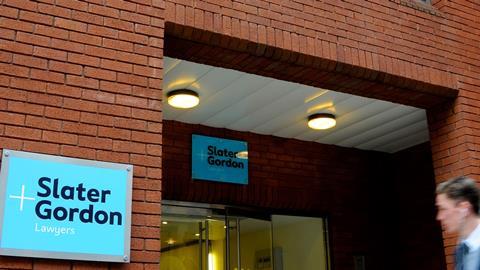 Fraud investigators want to see documents relating to the sold-off professional services division of Quindell, it was confirmed today.

Listed firm Slater and Gordon told the Australian stock exchange that the UK Serious Fraud Office has asked the company to produce files opened by its subsidiary Slater and Gordon Solutions Legal Limited (SGSL). The subsidiary was created following the acquisition of the Quindell division for £637m in 2015, under which thousands of cases transferred to the law firm.

Slater and Gordon says the SFO notice specifies Watchstone Group PLC (formerly Quindell PLC) as the party under investigation and it must provide documents relating to files opened in SGSL.

It was confirmed in August 2015 that the SFO was looking into the accounting history of Quindell, but this development is a signal that the authorities may be stepping up their investigation.

It comes just days after Slater and Gordon said it had commenced legal proceedings against Watchstone to recover £600m over what it described as ‘fraudulent misrepresentation’. Watchstone said it plans to robustly defend the claim.

The day after Watchstone confirmed it had been issued with legal proceedings, Slater and Gordon confirmed its claim was based on allegations against Watchstone and its senior management at the time of the acquisition.

The filing and timing of the claim took into account recent market announcements by Watchstone that it intends to divest itself of its remaining assets.