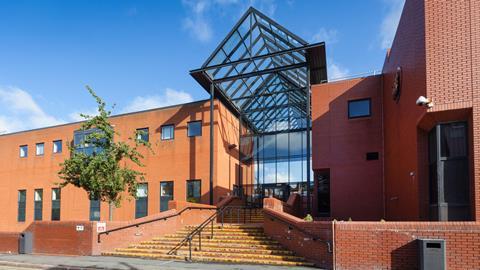 A solicitor has been jailed after stealing thousands of pounds from clients and laundering money stolen from a grandmother.

David Grant, 70, was found guilty of money laundering and theft earlier this month at Leicester Crown Court. Last Friday he was sentenced to serve two years in jail.

Nottinghamshire Police confirmed the solicitor was trusted by two of his friends to act for them to oversee the sale of their business. But rather than act properly, he abused their trust and stole £95,740 from them.

The investigation into his conduct also uncovered that Grant had colluded with a 41-year-old man who stole £6,000 from his grandmother. Grant, from Newark, laundered this cash through his own bank accounts.

The police statement explained that although Grant was charged in 2015, the case could not be heard until his associate had been dealt with. That person eventually pleaded guilty to fraud and money laundering offences and was given a two-year suspended sentence and ordered to carry out 160 hours’ community service.

Following the sentencing, DCI Ed McBryde-Wilding, from the East Midlands Special Operations Unit, said: ‘The lengthy process undoubtedly frustrated Grant’s victims, along with the witnesses who were prepared to attend court and give evidence, so I’m glad they have finally seen justice.’

Officers will now go back to court to recover money through the Proceeds of Crime Act. The Solicitors Regulation Authority is also expected to open its own investigation.