Legal services watchdogs have called into question the SRA’s handling of the failed Leigh Day investigation, after correspondence revealed that the regulator liaised closely with government throughout the probe.

A spokesperson for the Legal Services Board said its chief executive Neil Buckley has raised the issue verbally in meetings with his SRA counterpart Paul Philip, but gave no further details. The LSB has recently undertaken a review of SRA enforcement activity and will be publishing a summary document in the new year, the spokesperson added. 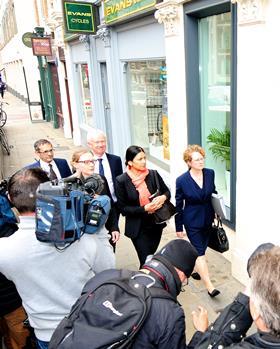 A small sample of correspondence published last week showed that the SRA’s interaction with the ministries of justice and defence included lobbying the MoD to back reform of the disciplinary process, when claims against the same government department lay at the heart of the Leigh Day prosecution. The full extent of the liaison, which included regular updates on the probe so civil servants could brief ministers and responding to questions from the MoJ about the actual substance of the investigation, has attracted strong criticism. Writing in the Gazette earlier this week, high-profile public law and human rights solicitor Tony Fisher called for a full and independent investigation of the behaviour of the SRA and its officers before and during the course of the Leigh Day prosecution.

'We rail against state interference that threatens the independence of legal professions in other countries. It is time that we did the same in our own back yard,’ he said.