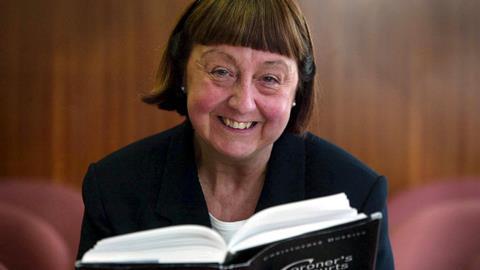 Tributes have been paid to north-west coroner Jennifer Leeming, a former Law Society Council member, who has died aged 69.

Leeming served on the Law Society Council from 2000 to 2006, representing the Manchester, Stockport and District constituency. She also served on the Working Party for Coronial Law from 1997 to 2003.

Bolton solicitor Joe Egan, immediate past-president of the Law Society, described Jennifer Leeming as ‘irreplaceable’. He said: ’I must have known Jennifer for about 30 years. First and foremost she was a lovely person. She was very bright and able, and she was fantastic as a coroner. She understood how distressing inquests could be and tried to make it as easy for families as possible.’

Professor George E Holmes, president and vice chancellor of the University of Bolton, said he was greatly saddened by the news. He said: ’Jennifer was a wonderful person and a superb member of the University’s Board of Governors. She added so much to the lives of everyone who had the privilege of knowing her.’