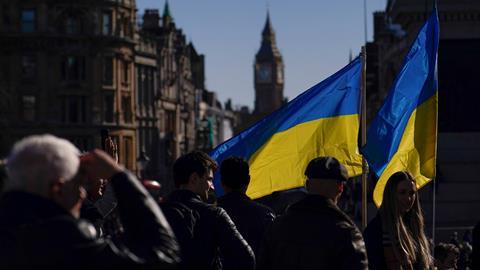 The attorney general has appointed a former judge at the International Criminal Court to assist the Ukrainian government in investigating war crimes allegedly committed by Russia in Ukraine. Sir Howard Morrison QC will act as an independent adviser to the Ukrainian prosecutor general, Iryna Venediktova.

Morrison's new appointment is funded by the Attorney General’s Office. Earlier this month, Suella Braverman QC signed a joint statement of support with Ukraine’s prosecutor peneral reiterating the UK’s commitment to helping with the gathering of evidence of crimes which could include crimes against humanity and war crimes.

Braverman said:  'It has been a privilege to work with Ukraine’s prosecutor general, Iryna Venediktova, my admiration for her courage and determination grows with every meeting. The UK is committed to showing that the atrocities we see being committed day after day in Ukraine will not be forgotten and that those giving or following illegal orders will be tracked down and held to account.'

'I am pleased to offer Sir Howard’s expert help and I will continue to do all I can as attorney general to support Ukraine’s journey to justice against Russia.'

Venediktova said: 'Sir Howard’s experience and knowledge of international criminal law speaks louder than words and his help will be taken up immediately on a number of issues.'