A district judge who went public with her concerns about the justice system has won a seven-year battle against the Ministry of Justice after the Supreme Court ruled that excluding judges from whistleblowing protections breaches their human rights.

District judge Claire Gilham appealed against a 2017 Court of Appeal decision that judges are not workers and are therefore not afforded the same legal protections as whistleblowers.

Handing down the Supreme Court's judgment today, its president, Lady Hale, said factors such as the manner in which Gilham was engaged and her relationship with the ministry did not suggest a contractual relationship. 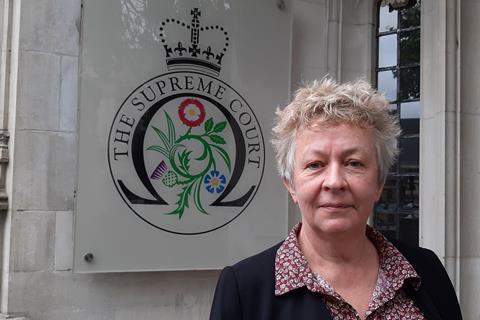 Hale said Gilham had been denied the protection available to other employees and workers who make responsible public interest disclosures under the requirements of the Employment Rights Act 1996.

Hale said the courts will always recognise that sometimes difficult choices have to be made between the rights of the individual and the needs of society. But 'in this case there is no evidence at all that either the executive or parliament addressed their minds to the exclusion of the judiciary from the protection of Part IVA [1996 act]'.

Hale said no legitimate aim had been put forward for excluding judges. 'It has not been explained, for example, how denying the judiciary this protection could enhance judicial independence. Of course, members of the judiciary must take care, in making any public pronouncements, to guard against being seen to descend into the political arena. But responsible public interest disclosures of the sort which are protected under Part IVA do not run that risk. Indeed, the object of the protection was to give workers the confidence to raise malpractice within their organisation rather than placing them in a position where they feel driven to raise concerns externally. It is just as important that members of the judiciary have that confidence.'

Gilham's case has been remitted to the employment tribunal on the basis that she is entitled to claim protection under the 1996 act.

Speaking outside the court, Gilham said winning was a 'great relief after these seven long years in which the rights of judges to speak out about conditions in the justice system have been denied'.

A Ministry of Justice spokesman said: 'The government has accepted the court’s judgment and is considering how to implement it.'