Widely respected family solicitor Julie Exton, a former president of the Association of Her Majesty’s District Judges, has died at the age of 59, the lord chief justice and lord chancellor announced this afternoon. The Gazette understands she had been suffering from motor neurone disease for some months. Colleagues paid tribute to her huge contribution to family justice. 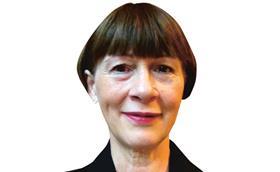 Exton was articled at UK firm Burges Salmon, and moved to Veale Benson (now Veale Wasbrough Vizards) upon qualification. She was made a partner there in 1988. She was a civil tutor judge at the Judicial College and district judge representative on the Franco-British-Irish Judicial Co-operation Committee.

Writing in the Gazette in 2015, Exton was outspoken about the impact of the Legal Aid, Sentencing and Punishment of Offenders Act on family law cases. 'In Bristol, far fewer cases are now listed because the majority of the parties are without legal representation and, unsurprisingly, they tend not to get together with their former partner to try and narrow the issues,' she wrote. 'Much of the longer hearing is spent not only explaining the process to the parties, but also calming them down.'

Family specialist Beverley Watkins, managing partner at Bristol firm Watkins Solicitors, said of Exton: ‘She was wonderful in every way. She was always very hard working, but also had a sense of humour, and was very encouraging to women lawyers. She made a huge contribution to the Bristol judicial scene.’

A fuller tribute will appear in the Gazette later in the week.