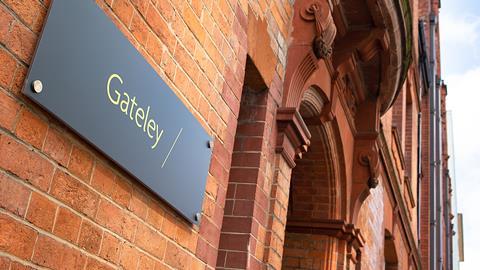 Another day, another deal: Gateley buys up £6.75m business

A spate of acquisitions by listed law firms continued today with Gateley announcing its ninth and largest such deal since listing on the London stock exchange. The City firm is to acquire the Vinden Partnership, a specialist dispute resolution and consultancy business operating in the property and construction sectors, for up to £6.75m.

An initial £6.15m will be payable upfront, spilt almost equally between cash and the issuing of shares, with a further £600,000 due based on Vinden’s financial performance this year.

Vinden has 40 staff members who mostly operate from a head office in Bolton, although the business also has offices in Nottingham, Liverpool, Manchester and London. Chief executive and founder Peter Vinden, managing director Chris Duffill and directors Andrew Crompton and Martin Bennett will remain on the Gateley Vinden management board.

In the year to 31 August 2019, Vinden reported pre-tax profits of £800,000 on revenue of £4.7m. Net assets at completion are around £2.1m, including net cash of approximately £1.6m. Gateley expects the acquisition to be ’immediately earnings enhancing’.

Gateley said the acquisition expands its range of dispute management and resolution services offered by its construction team. It also adds real estate and construction funding services which complement the work undertaken by banking and property teams.

Michael Ward, Gateley chief executive, said: ‘This is a team we know and trust. Their results-driven, client-centric and inclusive culture is fully aligned with Gateley’s and we are confident that the integration process will be smooth and rapid.’

Gateley is one of a handful of law firms that have floated on the London Stock Exchange and almost with exception each has used the move as a springboard for acquisitions. Gateley itself has bought nine businesses since joining the AIM market in 2015, Knights yesterday announced its ninth and tenth acquisitions in two years, and DWF has this week finalised the acquisition of legal and managed services business Mindcrest Inc.