After telling the government, regulators and employers that they have been dodging their responsibilities in tackling workplace sexual harassment for too long, MPs will now examine whether non-disclosure agreements are hiding unlawful discrimination, harassment or abuse at work. 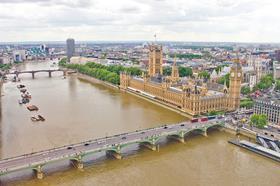 The House of Commons women and equalities select committee has today announced it is opening an inquiry examining the wider use of NDAs in cases where any form of harassment or discrimination is alleged, such as pregnancy or maternity discrimination, or racist abuse.

Calling for written submissions, the committee, chaired by Maria Miller MP, wants to know how easy it is for employees and employers to access good quality legal advice on NDAs. The committee is asking how quality and the independence of legal advice for employees negotiating severance agreements can be assured when the advice is paid for by the employer.

MPs also want to know whether NDAs are more likely to cover particular types of harassment or discrimination. and whether they should be banned or restricted in harassment and discrimination cases.

Submissions are being sought on what safeguards should be introduced to prevent misuse, what obligations do employers have to ensure internal grievance procedures, if any, are fair and thorough, do some employers turn to NDAs to repeatedly deal with cases involving a single harasser, and what role should company boards and directors play.

Miller said: 'Use of NDAs in sexual harassment cases is only part of the picture. This new inquiry will focus on their wider use in other cases involving other forms of harassment or discrimination.'

The committee, which began looking at sexual harassment in the workplace, has already told regulators to get tougher on solicitors who misuse DNAs to silence victims.

Written evidence for the latest inquiry should be submitted by 28 November. The committee says it welcomes evidence from individuals about their experience, but it cannot investigate these cases. Anyone considering making a submission regarding their personal experience of the issues outlined above, and in particular anyone who is subject to an obligation under a NDA, should consider and, where necessary take advice on, their personal circumstances.