National firm tells 3,000 staff: You choose how and when to work

National firm Irwin Mitchell has joined the growing legion of legal practices giving staff the choice about how and where they want to work in future.

The firm has told its 3,000 employees that subject to their work being completed effectively, they can choose what hours they do and whether they come into the office or not.

The announcement comes following research among clients and staff about the best approach to working in the future: the majority suggested they would prefer a hybrid system, spending some time in the office but also working from home or other locations. Irwin Mitchell says this will fit with efforts to encourage travel only when necessary, shift to more digital ways of working and reducing the reliance on paper. Internal meeting times will be introduced to try to reduce ‘video call fatigue’ as part of the plans. 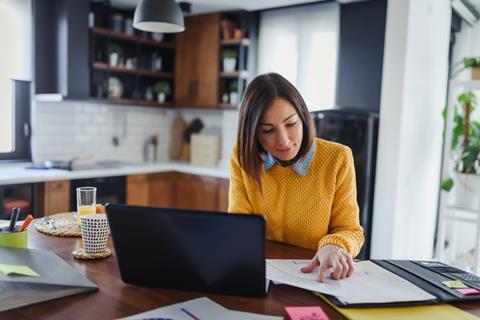 Susana Berlevy, chief people officer, said: 'We've seen throughout the pandemic how much colleagues have embraced working from home and have appreciated being able to work flexibly around their lives. From listening to our colleagues we anticipate most people to take up hybrid working patterns with time split between offices and home.

'There will also be some roles which are office based due to the nature of the work they do, and we expect some people will wish to work from home full-time. It's crucial that we trust our colleagues to make the best choice for themselves, the other colleagues in their teams and their clients in how they decide to work in future.'

Last week, Irwin Mitchell announced it was to repay funds received through the furlough scheme and would pay an additional 3% bonus to all staff.

Most office staff continue to work from home as the government guidance on avoiding coming into the office unless necessary stays in place until 21 June at least. Leading firms such as Norton Rose Fulbright have said they will allow 50% remote working after the pandemic, while firms including DAC Beachcroft have gone further, telling staff they can choose how and when they work, as long as this meets client demands and does not result in individuals doing more than others.