New guideline hourly rates for civil justice will come into use from 1 October following the announcement that the master of the rolls has accepted changes recommended last month by the Civil Justice Council’s working group.

As widely expected, Sir Geoffrey Vos has asked that the recommended new rates, the first uplift for 11 years, be implemented. He promised a further review within two years.

In a statement today, Vos said: 'The published guideline rates have been static for too long and this needed to be addressed. I am satisfied with the evidence and arguments set out by the working group. I plan to implement all the recommended changes from Friday 1 October 2021 and to that effect I have asked my officials and Master Gordon-Saker, senior costs judge, to take forward the publication of the revised guide to summary assessment. 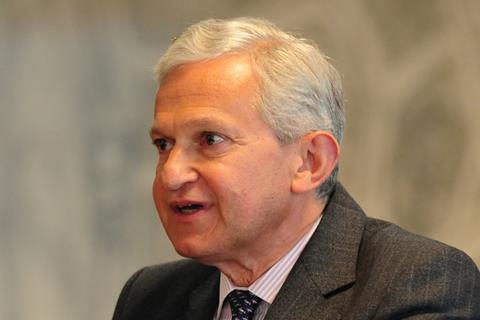 'I am grateful to those who have taken the time to write to me about this work, particularly those who have raised concerns during the consultation process in respect of likely changes to working practices following the pandemic. Whilst I think there is likely to be merit in their concerns, I do not think that this should delay the necessary update of what is ultimately an advisory guide. I have, however, agreed with the Civil Justice Council that there will be a further review of guideline hourly rates reporting within two years.'

Between September and November 2020, the CJC working group collected data from the judiciary and the legal profession. The data was analysed by Professor Paul Fenn and Professor Neil Rickman and the suggested new rates and other minor changes were consulted on between January and March 2021.

The revised guide will be published shortly, HM Judiciary said. It also revealed that the final version of the guide will contain a minor amendment from what was set out in the draft to reflect that existing National 1 counties and other identified National 1 centres will remain in Band 1 – Watford was erroneously omitted from the CJC’s draft.

'It is unarguable that the GHRs need to be increased after an 11-year freeze, so it is welcome news that the master of the rolls is intent on getting them implemented so soon. I am also heartened that there won’t be an another 11 year wait until the next review, with the master indicating a further review in two years’ time.

'As a result of the review, we are particularly pleased that qualified costs lawyers are now eligible for payment at grades B or C depending on the complexity of the work done – rather than allowing no higher than grade D – along with the recognition that it may in the future be appropriate to align costs lawyers with solicitors and legal executives across all grades.'