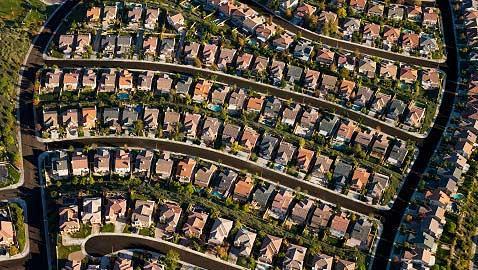 An in-depth look at the complexities of residential possession claims.

The vast majority of residential possession claims are dealt with in the county court and enforced by county court bailiffs. It usually takes several weeks for the bailiffs to carry out the eviction, which is longer than many landlords want to wait. Reductions in the number of bailiffs are leading to longer waiting times in some courts, and landlords can suffer a further loss of rent as a result of the delay in obtaining possession.

A quick internet search brings up a number of websites offering advice and assistance to private landlords. These sites commonly suggest that to obtain possession ‘in days, not weeks’, landlords should apply for the case to be transferred to the High Court once the possession order has been made, so that a High Court Enforcement Officer can carry out the eviction. District judges are seeing an increasing number of such applications.

There are two rules that allow for such a transfer. Order 25, rule 13, of the County Court Rules gives a landlord the right to ask for the transfer in the case of trespassers.

Form N293A (‘combined certificate of judgment and request for writ of fieri facias or writ of possession’) requires the claimant or their solicitor to sign to certify that the judgment is to be executed against trespassers. Solicitors have been known to give this certification when the occupier is no such thing – leading to judges calling in the offending solicitor to explain their apparent contempt of court.

Section 42(2) of the County Courts Act 1984 gives the county court a general power to transfer a case to the High Court and section 42(5) provides that if proceedings for enforcement are transferred, the order may be enforced as a High Court order. There are no conditions set out in the act or rules as to when this power should be exercised, but there are several significant consequences if a transfer is made.

There is no requirement to obtain permission to issue a warrant in the county court, or to give the occupier notice of the date of eviction. The Court of Appeal has rejected attempts to import into the County Court Rules a requirement for such permission to be obtained, either by analogy with the High Court procedure (Jephson Homes Housing Association v Moisejevs [2001] All ER 901), or under the European Convention of Human Rights (St Brice v LB Southwark [2001] EWCA Civ 1138). However, as a matter of practice, county court bailiffs give notice of the eviction both by post and by hand delivery of a letter. Crucially, having notice of the eviction date gives the occupier time to make an application to suspend the warrant before it is executed.

The position in the High Court is different. There is no requirement to inform the occupier of the date of the intended eviction. However, rule 3(2) of RSC Order 45 states that permission to issue a writ of possession is required in all cases except in mortgage cases (and trespassers by virtue of rule 7 of Order 113). Rule 3(3)(a) of RSC Order 45 provides that permission will not be granted unless it is shown ‘that every person in actual possession of the whole or any part of the land has received such notice of the proceedings as appears to the court sufficient to enable him to apply to the court for any relief to which he may be entitled’. Does this mean that the occupier must be given notice of the application for a writ of possession? The rule only requires that the occupier has had notice of the ‘proceedings’, not the application.

Rule 2(1)(d) of RSC Order 46 contains a further provision that the court’s permission to issue a writ is necessary ‘where under the judgment or order any person is entitled to a remedy subject to the fulfilment of any condition which it is alleged has been fulfilled’. In Fleet Ltd v Lower Maisonette [1972] 1 WLR 765 the court declared that RSC Order 46 and ‘natural justice’ required the tenant to be given notice of the landlord’s application for permission to issue a writ following breach of a conditional order. In Jephson, the court commented that the effect of rule 3(2) of Order 45 and rule 2(1)(d) of Order 46 was ‘somewhat obscure’ but seemed to agree with the decision in Fleet as regards a suspended possession order.

However, RSC rule 4(1) of Order 46 provides that an application for permission to issue a writ of possession ‘need not be served on the respondent unless the court directs’. In cases where an outright possession order has been made, while the landlord has to obtain permission to issue a writ, this can be done on a without notice basis. The court may well be persuaded that the requirement for all occupiers to have received notice of the proceedings has been satisfied by the steps leading up to the obtaining of the possession order in the county court, and the occupier may therefore not receive notice of the application.

The case of Ahmed v Mahmood [2013] EWHC 3176 illustrates what can happen in practice and some of the pitfalls. In a long-running possession claim, a district judge struck out the defendants’ defence and made a forthwith possession order, which included a transfer to the High Court for enforcement. On the same day as the order was made, the claimant obtained permission to issue the warrant without notice from the master and the writ was executed the next day. The defendants applied to set aside the writ on the grounds that the claimant had wrongly certified on the N293A that there was ‘no application or other procedure pending’, when the defendants had an appeal pending against a previous order. On that basis, Mrs Justice Lang set aside the writ as an abuse of process.

She noted that it appeared that notice of the application for permission to issue a writ was only necessary for suspended possession orders, and was ‘troubled by the potential breach of natural justice’ in the lack of notice in other cases. However, she declined to decide whether notice was required.

In practice, it appears that in many cases where a case is transferred to the High Court, the tenant does not receive any notice of any kind before eviction. This makes an application to suspend a writ of possession very difficult, particularly as it has to be made to the High Court or District Registry.

There are also potential procedural difficulties, should the tenant wish to make an application to set aside the possession order, as opposed to suspend the warrant. Under section 42(6) of the CCA, that application should be made to the county court which made the possession order. With two courts carrying out different functions, it is easy to foresee the eviction taking place before the application has been heard – leading, potentially, to applications for re-entry on the grounds of abuse of process or oppression.

Given that eviction by a county court bailiff, with notice, is the norm, cogent reasons for a transfer to the High Court should be given. Applications under section 42(2) of the CCA rarely give any evidence of delays in bailiff appointments in that particular court or of the hardship apparently being caused to the landlord, both of which are routinely cited in support of the request.

There are undoubtedly cases where a speedy eviction is necessary but applications seeking a transfer to the High Court should be backed up with evidence and not made as a matter of routine.