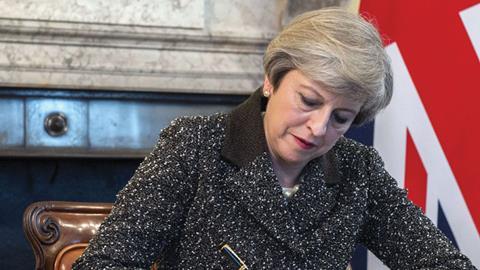 Prime minister Theresa May signs a letter to European Council president Donald Tusk announcing, in accordance with article 50(2) of the Treaty on European Union, the UK’s intention to withdraw from the EU. The government also published its proposals for a Great Repeal Bill, which would repeal the European Communities Act, ensure the UK leaves the jurisdiction of the European Court of Justice and transpose existing EU legislation into domestic UK law. If  passed, the measure would come into effect on the day the UK leaves the EU.