One of the consequences of leaving the EU is that the DAC 6 directive (more formally, Directive 2018/822 as regards mandatory automatic exchange of information in the field of taxation in relation to reportable cross-border arrangements) no longer fully applies in the UK as from 1 January of this year. 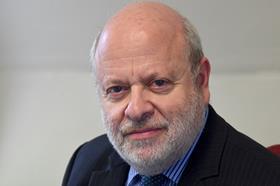 This is the directive which introduced new obligations, including on lawyers, to report on clients’ affairs involving a relevant cross-border arrangement. The report is intended to help tax authorities close perceived loopholes in tax legislation more rapidly, and to avoid harmful tax practices in general. The UK implemented the directive, even though it was about to leave the EU.

The UK then made temporary arrangements for the application of the OECD’s model Mandatory Disclosure Rules after DAC 6 no longer applied, and in the spring budget earlier this year the government announced that it would consult on a permanent replacement. This consultation was launched last week, with a closing date of 8 February 2022.

The issue matters to all lawyers, and not just to tax lawyers, because DAC 6 extended lawyers’ reporting obligations beyond potentially criminal matters (as in money laundering legislation) to civil cases which were lawful but about which the tax authorities wanted more information – a qualitative leap.

It is true that the UK has had DOTAS (Disclosure of Tax Avoidance Schemes) since 2004, and so the concept is not new. But the European angle allows us to make comparisons, not only with regard to the behaviour of the professional organisations which represent us, but also with regard to the extent of the disclosure which the government is now proposing for us under its new rules to replace DAC 6.

I mention the professional organisations because two of them on the continent, the Belgian Flemish bar and the French national bar, have separately taken court action against the implementation of the DAC 6 directive, which has resulted in preliminary questions being referred to the Court of Justice of the European Union, always on the question of whether the reporting obligations breach the lawyer’s duty of confidentiality.

The main point of the continental bars’ lawsuits centres on the DAC 6’s reporting requirements. The new article 8 ab (5) inserted by the directive obliges member states, where legal professional privilege prevents a lawyer from reporting directly, to ‘take the necessary measures to require intermediaries to notify, without delay, any other intermediary or, if there is no such intermediary, the relevant taxpayer of their reporting obligations’. It is this duty to notify ‘any other intermediary’ – in other words, someone beyond the closed group of lawyer and client - which mainly bothers the bars, since such notification doubtless breaches confidentiality.

The bars’ cases are based on Articles 6 (right to a fair trial) and 8 (right to respect for private and family life) of the European Convention on Human Rights, and the equivalent provisions of the EU’s Charter of Fundamental Rights.

The same wording was in our law for 6 months before we left the EU, but caused not a stir in the UK.

However, we have been lucky, since the proposed wording in our government’s new rules misses out the principal mischief. Although we were under a duty for 6 months to notify another intermediary (‘a UK intermediary must notify any other intermediary, or, if none, the relevant taxpayer’), that wording is now changed in the new draft version. The government now proposes that if legal professional privilege prevents direct reporting, the lawyer must notify just the client of their obligation to report.

However, I still worry whether the phrase ‘legal professional privilege’, which has a strict technical meaning, is the correct phrase properly to protect clients’ rights, and whether it should not be replaced or extended by ‘confidentiality’, which is much broader.

The conclusion, therefore, is that, although the government’s proposed clause is better for lawyers than the old DAC 6 wording, doubts remain about its possibly limited scope – and doubts remain, too, about whether our representative organisations should not follow their continental counterparts’ lead and take a stronger line in the courts against legislation which breaches clients’ fundamental rights.