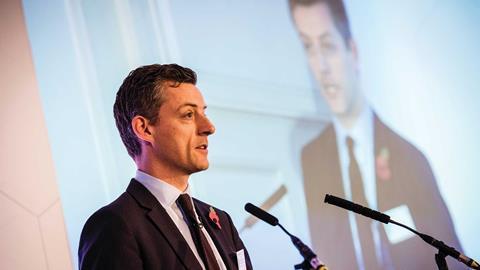 Aiming at the wrong target

Health minister Lord O’Shaughnessy answered questions from a number of peers, and as usual the focus was very much on the level of damages and legal costs.

Labour’s Baroness Thornton (former health minister Glenys Thornton) remarked how ‘telling’ it was that if you run an internet search for clinical negligence, ‘the first four or five pages’ are for ‘companies’ supporting people to make claims. She quoted a Medical Protection Society report last year which found that the annual cost of settling NHS England’s clinical negligence claims was ‘the equivalent of training 6,500 doctors, and it’s expected to double by 2023, so this is a terrible drain’.

O’Shaughnessy dutifully replied that it was important for access to justice that a number of firms should offer these services, but added that ‘we also need to fix the costs that they can claim so that we get this budget under control’.

Several peers aimed their attacks specifically at section 2(4) of the Law Reform (Personal Injuries) Act 1948, which requires claims to be calculated on the basis of private healthcare, not care by the NHS. Liberal Democrat peer Lord Sharkey invited the minister to agree that repealing this provision would save the NHS an ‘enormous’ amount of money.

This issue is clearly on the government’s radar, and O’Shaughnessy confirmed that it is being looked at as part of a ‘cross-government strategy’ to be published this September. The minister noted that the legislation was brought in many years ago, when the NHS was a ‘very different creature’ and did not offer the extensive range of care that it now does. While this was ‘a difficult and complex issue’, the state needed to make sure that it was not ‘paying twice’.

The next attack came from Lord Faulks, the former justice minister who is also a barrister QC and Conservative peer. Prefacing his question by disclosing that he sometimes acts for both the NHS and the Medical Defence Union, Faulks took a sideswipe at what he described as the ‘mysterious’ change to the discount rate. He then asked whether the government would place a cap or tariff on damages, which would ‘not only clarify the amount of damages which were obtained but would significantly reduce the legal costs that were involved in these disputes’.

Again, this is something government has been considering, and O’Shaughnessy said its plans in this area will also feature in the September report. He noted that such caps are already in place in Australia, but did acknowledge that ‘we have to be careful when stepping across the issue of full compensation’. Would government really go this far in seeking to save money for the NHS? To put victims of NHS blunders in a lesser position than other negligence victims, and to deny seriously injured patients the full amount of compensation needed for their ongoing care, would be hugely controversial.

Of the peers who questioned the minister, only one took aim at the heart of the problem: how to prevent these errors from occurring in the first place. Cross-bench peer Lord Patel, an obstetrician, pointed out that the largest settlements are for obstetric cases, particularly those related to babies who have suffered brain damage at birth. He called for more to be done to prevent incidents, through better and continuous training in interpreting foetal heart rate patterns during labour. ‘That is what we should focus on – preventing these cases happening,’ he said. Hear, hear.

The need for a concerted effort to stop recurring errors in the NHS is something that clinical negligence lawyers have been advocating for many years. Some encouraging steps are being made in this regard; for example, in the obstetrics field, from April this year the independent Healthcare Safety Investigation Branch will investigate 1,000 birth incidents, with an emphasis on learning lessons and ensuring there is proper training in future. But there is no doubt that the NHS as a whole has a very long way to go.

Only by moving away from blame and being more open about mistakes can the NHS develop a true learning culture that will keep patients safer. Some might argue that the presence of clinical negligence lawyers inevitably makes that harder to achieve; but ultimately, openness about what has gone wrong and why is crucial to eliminate future errors, and all the human misery and financial cost that goes with them.

Moves to reduce damages or to restrict legal costs will only ever tackle the symptoms; they will never address the cause.