From 3 June 2019 complainants in trials for sex offences at Kingston-upon-Thames, Liverpool and Leeds Crown Courts will be eligible to have their cross-examination pre-recorded. This will be celebrated by the Ministry of Justice as a significant step towards improving the experience for victims of crime. But will it actually make any real difference? And what about the impact on the rights of defendants? 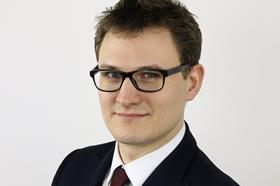 There will undoubtedly be some improvement for complainants, whose involvement in proceedings should come to an end much sooner than is ordinarily the case, with the cross-examination hearing taking place far in advance of the trial. In the event of a re-trial, rather than having to return to court and undergo cross-examination all over again, the video recording can simply be replayed.

So far, so good. However, what about the principal issue complainants report following their experience at trial: the humiliation of having their evidence challenged and dismantled by skilled advocates through robust cross-examination? Although the procedure will be different, it is envisaged that there will be no departure from the style and nature of questioning and the necessarily rigorous analysis of the complainant’s evidence (unlike with other types of vulnerable witnesses who already qualify for pre-recorded cross-examination). No matter how comfortable or sanitised the environment in which it takes place, a pre-recorded cross-examination conducted months in advance of a trial will still be a cross-examination.

Complainants and victims’ groups might also be concerned by the possibility that such an adaptation to established trial procedure could in fact lead to a greater number of acquittals. It is sometimes felt that playing a video of a witness’ pre-recorded evidence to a jury can create a sense of disconnection from the witness, with the effect that their evidence is less compelling. Pre-recorded cross-examination will only exacerbate this further.

On the other hand, and perhaps of most concern, there is a real risk that defendants will be prejudiced by these measures. In order for cross-examination to be most effective and for a defendant’s interests to be best protected, all material relevant to the allegations must be in the hands of the defendant’s lawyers. Whilst it is the intention under this scheme that disclosure will have taken place in advance of the pre-recording of the cross-examination, this is rather optimistic and does not sit comfortably with the reality of criminal proceedings. It is not uncommon for highly probative material to be disclosed once a trial is already underway and for such disclosure to take place in a piecemeal fashion, as has been demonstrated by a string of recent high profile disclosure failures in criminal cases. These issues are particularly acute in cases involving allegations of a sexual nature, where potentially relevant material from phones and social media will often come into the hands of the police and CPS, but resources simply do not allow for complete and thorough review and disclosure at an early stage of proceedings.

The issue with this is that cross-examination may go ahead as planned long before the start of the trial, but matters subsequently arise through further disclosure which need to be put to the complainant. Unless the further material relates to a matter entirely separate from what was addressed in the first cross-examination, the best a defendant can hope for is a series of ineffective and inconsistent recordings of the complainant’s account being challenged.

Whilst any scheme designed to improve the experience for complainants should of course be welcomed, we must not be too hasty in adopting a procedural change which risks harming defendants’ interests.