Dis-abled?: language as a great leveller

Imagine a world where you can’t relate to the language that society uses to describe your everyday reality. A world where you must align yourself with that language in order to seek adaptations so that you are on a level playing field. That is the reality for those living with disabilities, who make up 19% of the UK’s working population. 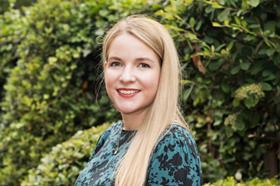 As a neurodiverse solicitor who looks to the Equality Act 2010 (EA) to help level the playing field, I must reconcile myself with the idea that I have a disability. That is how I am categorised under the EA and it is on that basis that I am bestowed with the protections it brings. However, it’s far from the whole picture.

The British Dyslexia Association defines dyslexia as a 'learning difficulty that primarily affects the skills involved in accurate and fluent word reading and spelling,' noting that additional characteristics include that 'dyslexic readers can show a combination of abilities and difficulties that affect the learning process'.

This is a definition widely accepted by society. As a solicitor with dyslexia, I too see the condition as one with strengths (such as problem solving and creativity) as well as difficulties, which are managed with workarounds and reasonable adjustments.

Many people with disabilities demonstrate strengths such as resilience, creativity and problem-solving skills. Look at our Paralympians who accomplished feats, unachievable by the vast majority of the population and who made history in Tokyo this year by coming second in the medal table behind China.

Yet our community is defined as disabled. This largely ignores the value that those with disabilities bring to the table; their strengths and abilities.

Whilst the concept of disability has been useful for providing legal protection to our group, it is problematic. Many people who are supposed to fall into this category do not see themselves as disabled or are scared to assign themselves this label.

That being said, some preferences have been highlighted for the language we use for people with disabilities. Such as by referring to ‘person with a disability’ or ‘x with arthritis’. However, this doesn’t go far enough to end the semantic debate around the term disability.

When you look at the EA, there are no other protected characteristics where we use a prefix to distinguish a person as not falling into the opposite group (the abled). 'Dis' is of Latin origin meaning lack of, or opposite to (dishonest). Therefore, ‘disabled’ describes someone who lacks ability, is the opposite to abled or is not able.

Equivalent language around other protected characteristics might, as an example, be ‘non-white’. However, this would appear to make white people a neutral default when there should be no clear majorities.

Notably, the term ‘non-straight’ has been rejected by the LGBTQI+ community as promoting heterosexual bias. Yet, despite these clear problems, we tend to accept ‘disability’ as a categorisation.

If the equivalents in other protected characteristics have the capacity to further marginalise a community and create bias, what makes ‘disability’ any different? The term defines people as what they’re not, or what they cannot do, rather than what they are or can do.

Contemporary perceptions of disability, which support the categorisation, are largely borne out of the concept of normalcy. A key propeller for this concept was Belgian statistician, Adolphe Quetelet, who was concerned with defining the characteristics of the average man (l’homme moyen) and was the creator of the Body Mass Index.

Any deviations from the statistical norms were considered dangerous to societal health and there was interest in eliminating or ‘curing’ any such attributes. However, in the 1960s disability activists began promoting a move away from the medical model of disability – looking at what is wrong with a person and ways to ‘fix’ these differences.

Instead, the adoption of the social model of disability was advocated for, the idea that people are disabled by barriers in society and not by their differences. Yet, the EA continues to use the outdated term ‘disabled’ which focuses on what’s wrong with the person.

There is a strong case for rephrasing the term ‘disability’ under the EA, not least because it promotes the marginalisation of those who are not abled and plays into stereotypes that people with a disability are less productive members of society.

Replacements for the term ‘disability’ could include ‘diversability’, people with ‘multificiencies’ (a combination of sufficiencies, deficiencies and proficiencies) or people with diverse capacities.

However, ‘diversability’ is a wide category and could easily be construed as covering all the protected characteristics in the EA. These terms also continue to differentiate one groups experience from another’s and insist on using an invented word to define something.

At a basic level, a disability is another label for a condition or diagnosis by medical professionals. Why are we not calling a spade a spade? By tiptoeing around the medical terminology surrounding ‘disability’, we are also failing to accurately validate a person’s experience.

One key difference, of course, is that a disability is more than just your common cold (also a medical condition). However, the EA helps us with this by differentiating the impact of a ‘disability’ from other conditions with its use of the word ‘substantial’.

Therefore, a reformed section 6 of the EA might read: 'A person (P) has a [substantial condition] if— (a) P has a physical or mental impairment, and (b) the impairment has a long-term effect on P's ability to carry out normal day-to-day activities.'

Instead we are simply categorising people with disabilities more plainly and reflecting the roots of disability as a concept. Some of the legal protection our community has today is due to medical discourse. Medical discourse has not been perfect, particularly when its focus has been on a cure rather than inclusion.

Now, though, medicine has moved in the direction of patient-centred care which provides options to patients. These include both treatment options and tools for inclusion such as non-medical referral, community referral or social prescribing interventions. The task for the medical world is to identify any Freudian slips to its former reality and provide continuing education to ensure this.

Sadly, we’re not yet at a point where society is a level playing field for everyone and we have years of systems to unravel so that those with conditions are not disabled by society.

Medical conditions partly separate those who require protection from those who do not.

By replacing ‘disability’ with ‘substantial condition’ we may not be reflecting a perfect society, but we are acknowledging where we are on our journey to it. We are also shifting the norm by using the shared experience of medical conditions in our language. Language could be a great leveller for those with disabilities.