The problem of gender inequality among lawyers has been the subject of ongoing study and action. As lawyers, we should self-regulate to ensure that the profession is a model for others and if the legal profession is to be the gatekeeper of equality then we, the lawyers, must also safeguard against the inequality faced by our clients in dealing with the legal system. QC Helena Kennedy in her book ‘Eve Was Shamed’ brings us hard facts about how women are treated by the criminal justice system, and provides fact-based accounts of the position of women in the law and hence in society. Reading this book, especially so many years after ‘Eve Was Framed’, is a reminder of how far we still have to go. 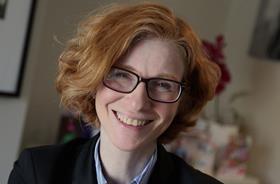 The Feminist Judgements Project offers a vision as to what the law might look like if there were more feminist judges, and in doing so challenges the thinking about the law and judging. More than 50 academics, practitioners and activists have come together to produce 23 alternative feminist judgements in a series of key cases in English law. Many of the feminist judgements argue for different results, and others reached the same conclusions, but for different reasons, highlighting details of women’s lives and raising arguments that the courts overlooked.

Alison Diduck’s judgement in RE: G (Children) Residence Same Sex Partners is a case in point. Although she finds much to agree with in Baroness Hale’s leading opinion, itself perhaps an example of a feminist judgement, Diduck rejects Hale’s attempt to treat the former lesbian partners in the same way as a heterosexual couple. She argues that it obscures specific difficulties faced by same sex partners. The feminist judgement project reveals the extent to which cases could and should have been decided differently, while remaining within the same legal and constitutional constraints that bind appellant judges. The judgements help us to see how the incorporation of viewpoints and perspectives from sections of society which remain under-represented on the bench might improve the quality of decision making.

In my early days as a lawyer I had the privilege of being part of a Refugee Women’s Legal Group that was established at the beginning of 1996 by individuals and organisations concerned about the impact of changes in immigration law for women seeking asylum in the UK. The group published a legal handbook, ‘Women as Asylum Seekers’, in June 1997, providing a valuable source of information and support for lawyers and others working with women asylum seekers. It illustrated the process in which asylum determinations can be made more accessible and responsive to the experience of women seeking protection from persecution. Following the publication of the book, the group established a drafting committee to produce gender guidance for the determination of women’s asylum claims, similar to those which have been adopted in other refugee receiving countries. It was a game changer for me and for my generation of lawyers. It illustrated why the interpretation of the 1951 Convention relating to the status of refugees failed women who suffer the same deprivation and harm that is common to all refugees. We came to realise that the experience of women in their country of origin often differed significantly from those of men, and that they were unable to benefit equally from protection under the Refugee Convention because procedural and evidential barriers prevented their access to the asylum determination process or because women’s experiences had been marginalised. I then implemented a gender sensitive perspective in all of my dealings with asylum and immigration cases.

It is important to understand that gender relations and gender differences are culturally specific so that what it means to be a woman or man varies over place and time.

As feminist practitioners we must make sure that the gender issues come to light at an early stage in the asylum process. Some women asylum seekers arrive alone, some arrive as part of a family unit, sometimes they are interviewed and sometimes they are not interviewed about their experiences. Sometimes they are interviewed in the presence of male relatives. I have learnt that women’s claims to refugee status are often as strong, if not stronger than that of her male relatives. We must ask the right questions during the interview, so that we can collect all the relevant information to present to the Home Office, so that the proper decision can be made. The questions have to be open, not narrowly defined according to stereotypes. We have to appreciate that political activities can include many things, as well as the obvious. We have to understand that women’s perception of torture doesn’t always equate with types of harm inflicted upon men, and that it includes sexual violence, for example. Women’s evidence of persecution might often differ from those of men because they are unable to provide documents as to their experience. A woman might not be able to provide evidence of violence within the family or their community or evidence of sexual or other violence. Therefore, we must make ourselves familiar with the treatment of women in the country of origin from which they fled and understand their position before the law in their country as to whether or not it is practical for them to bring a complaint or to give evidence.

All lawyers in all areas of law should bear in mind that history and legal precedence and the narrative in which we tell a story as lawyers, was initially written from a male point of view and doesn’t always reflect women’s role in society. The language, logic, and structure of the law are male created, and may reinforce male values.

My hope in this article is that it will encourage discussions among lawyers about how to develop a feminist approach they can implement when taking instructions and presenting cases.

Presenting cases differently may result in different outcomes and create precedents for other cases to follow.