If we leave women to correct gender inequality, it will take forever

Have you ever called out everyday sexism at work? I have, recently. Frankly, it was a little scary and somewhat draining. 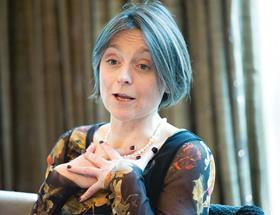 During my professional career I have watched barriers to women’s progression in law tumble – we’ve seen women become managing partners, senior partners, establishing law firms, leading groundbreaking cases in all areas of the law. Yet as each new generation of lawyers joins the profession, they see – and we see through their eyes afresh – the barriers that remain. How can I, as a partner in a law firm, not try to end issues I’ve just dealt with all my life, so that the new trainee doesn’t need to do the same?

So in a meeting last week, when the normal small talk took an unwelcome and sexist turn (repetition of lazy jokes on the theme of how inept the speaker’s wife was), I didn’t ‘lean in’. I spoke up. My aim was to be firm but gentle – time has moved on and one can no longer spout with this sexist banter. Confession time: as I was nervous I may have over-compensated on being firm and come across as fierce instead. But it worked. The meeting discovered that actually there was plenty of interesting and entertaining topics to talk about without offending anyone. Now I can’t take all the credit for that, and not simply because apparently that’s a female trait. After I had pointed out that we were in the here and now, not the 1950s, the subject was deftly changed - by a man. And just as well, because I was so surprised at what I’d managed to say I couldn’t work out how to redirect the conversation.

This vignette encapsulates my feeling about gender – or indeed any other – form of inequality. If we leave women to correct gender inequality, it will take forever. It’s great when the people who are supportive of ‘women’s issues’ are men. When men call out gender inequality, the message seems louder and stronger. I suppose some would say this is because we still live in a patriarchal society. That feels a little churlish: let’s just accept the support. Whatever the reason, men’s support is welcome and to my mind essential. Don’t be backwards in coming forwards, gentlemen. That person who looks fearsome defending their client may be frightened about standing alone if they defend themselves.