Transgender Day of Remembrance (TDOR) takes place on 20 November each year. TDOR was inspired by the 1998 murder of Rita Hester and commemorates Transgender people who have died in the past year, predominantly by way of murder and suicide. 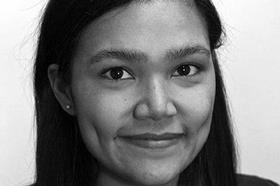 TDOR 2020 is particularly poignant for the Trans community, as, according to the LGBT+ anti-violence charity Galop, transphobia is increasing in the UK. Galop’s survey found that four in five transgender people have been the victim of a hate crime within the last 12 months.

This increase in transphobia has arisen against the backdrop of wider debate around the Gender Recognition Act (the GRA).

In autumn 2020, the UK government closed its consultation reviewing the GRA and decided against allowing Trans people to legally self-determine their gender.

This decision was hugely disappointing for Trans communities as the results of its two-year public consultation showed majority support from the consultation respondents for self-determination and other reforms.

The GRA was drafted to bring UK legislation into compliance with the ECHR and gives Trans people the right to change their legal gender. Under the GRA, a Trans person must present evidence to a panel of judges, who may issue a gender recognition certificate if approved.

A Trans person must have transitioned two years before a certificate can be issued and must obtain a diagnosis of gender-dysphoria. A certificate evidences the legal recognition of gender, if different to the one assigned at birth.

The Government Equalities Office estimates that only 12% of those who transition obtain a certificate, even though 93% report wishing to do so. It is widely acknowledged that needing a diagnosis of gender-dysphoria discourages Trans people from applying for a certificate.

In June 2020, a report published by the European Commission ranked the GRA procedure as one of the worst in Europe with 'intrusive medical requirements' that are inconsistent with international human rights standards. There is also no provision for the non-binary community.

Acknowledging the inadequacies of the GRA process, the UK government launched a consultation in 2018. The consultation received over 100,000 responses.

78.6% of respondents agreed with removing the requirement to provide evidence of having lived in an 'acquired' gender to be issued with a certificate and 64.1% agreed that the requirement for a diagnosis of gender-dysphoria should be removed.

Despite the consultation and the European Commission’s report, the UK government decided against substantive reforms to the GRA. A medical assessment remains a requirement, which means that a Trans person must be diagnosed with gender-dysphoria before a certificate will be issued.

Trans people in the UK experience significant levels of discrimination in every aspect of their lives, including access to health care, employment and even threats of physical violence.

It is not appropriate for legal recognition of gender identity to depend on a diagnosis of gender-dysphoria.

Trans people are not suffering from a mental illness, a statement of fact supported by the World Health Organisation. Allowing Trans people to legally self-determine removes the requirement to be diagnosed with a medical condition in order to be recognised as 'valid' in their gender. As a minimum, any reform to the GRA must support Trans people’s right to legal self-determination.

The legal profession should be the paradigm of equality and justice. The importance of allyship cannot be overstated.

As individual lawyers, we should be mindful of what pronouns we are using. We should be willing to educate ourselves about Trans issues, rather than relying on the Trans community to educate us.

Law firms should ensure they adopt a policy on transitioning in the workplace, even if a firm does not have openly Trans employees. The Law Society has published a guide for firms to use to assist Trans employees who choose to transition at work.

It is not acceptable for any government or company policy to fall short of protecting human rights. Trans rights are human rights.

As allies, we should use TDOR this year to reflect on how we can best support the Trans community and ensure that we do not forget the hundreds of lives lost each year around the world as a result of transphobia.