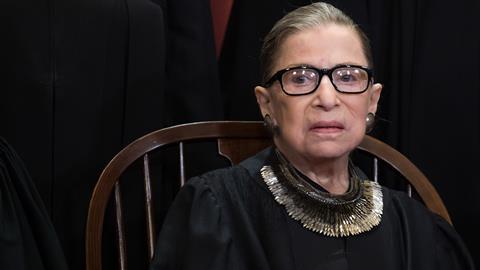 Ruth Bader Ginsburg was a careful, precise, and unwavering lawyer, firm in her belief in equal constitutional status for all. Indeed, it was that belief that underpinned her dissenting opinion in Shelby County, the 2013 case in which a majority of her colleagues on the court struck down key parts of the Voter Rights Act, and after which the moniker of ‘the Notorious RBG’ was coined, and she became a cultural icon in and beyond the United States. 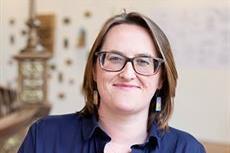 Shelby County related to the constitutionality of Congress’ renewal of the Voter Rights Act’s requirements of prior federal approval before states change their election laws. For the majority, this requirement was unconstitutional. 'Our country has changed', wrote the Chief Justice; this provision was no longer required. Insisting that this approach was blind to reality, Bader Ginsburg’s dissent showed powerfully that states continue with racialised attempts to introduce electoral reforms that exclude people from voting. She excoriated the majority for their failure even to 'deign to grapple with the legislative record' or to understand the continuing relevance of the VRA given that 'the evolution of voting discrim­ination into more subtle second-generation barriers is powerful evidence that a remedy as effective as preclear­ance remains vital to protect minority voting rights and prevent backsliding'.

Bader Ginsburg summarised the dissent in accessible remarks from the Bench on the day that Shelby County was handed down. She had done the same in Ledbetter in 2007—a pay discrimination case in which the majority of the court held Lily Ledbetter was out of time as the statutory limitation on filing suit had begun when the difference in pay started, not when she found out about it. This underscores the importance that she placed in ensuring that constitutional law was something more than what happened among lawyers and nine gowned justices in a grand building in Washington DC.

Rereading many of her decisions since her death, I was reminded that at the heart of understanding Ruth Bader Ginsburg’s legacy is the fact that she was an old-fashioned liberal lawyer. She believed in law. She was committed to incrementalism and cautious about backlash. She understood that those in power had every incentive to maintain their power and little to concede it, and so as a professor and lawyer she shaped arguments that made the powerful—in this case Supreme Court judges—see that the violence imposed by law on women was a violence also to men. Much has been made of her strategy of finding male litigants for important cases that, step by step, established the principle that sex-based discrimination was subject to heightened constitutional scrutiny. Through such a strategy, she demonstrated to the men who sat on the Supreme Court that when women are confined by and to gendered social roles, so too are men. She recognised and harnessed the power of empathy, and was astute enough to see how difficult it might be to get these jurists to empathise with women, at least in the first instance. This is hardly an uncontroversial approach to have taken. Many found her ‘women and the law’ approach to be too timid, too incremental, too ‘law-y’, but even those critics concede that it was, in its own way, effective.

Once appointed to the Supreme Court (following a period on the US Court of Appeals, having been nominated by Jimmy Carter), Bader Ginsburg continued in the liberal and legalistic tradition she had pursued as academic and lawyer. She wrote carefully and often. While her dissents are often remarked upon, she was also strategic about writing concurring opinions. A key example is Whole Women’s Health v Hellerstedt, decided in 2016 when she was the only one of the judges—including her colleagues in the majority—who expressly stated that ‘regulation’ of abortion that purports to protect women’s health (for example provider restrictions, or waiting periods) are in fact barriers to access. Of course, Bader Ginsburg also wrote majority opinions many of which are celebrated. In United States v Virginia she wrote the majority decision striking down the Virginia Military Institute’s male-only admission policy, making clear that 'generalizatons about "the way women are", estimates of what is appropriate for most women, no longer justify denying opportunity to women'.

Bader Ginsburg’s judicial record has within it its own complexity. Her approach to judging and to the law is not only liberal (in the legal sense) but arguably conservative (in the political sense); her judgments were often formalist, she conceived of strict limitations on the judicial role, her opinion on Native American sovereignty claims in City of Sherrill v. Oneida Indian Nation is widely criticised, and in a number of key cases she voted with the ‘conservative’ judges. None of this, though, can or should obscure her enormously significant contribution to the United States’ constitutional order.

Ruth Bader Ginsburg died at her home on Erev Rosh Hashanah, 19 September, aged 87. She had served on the US Supreme Court since 1993, appointed by President Clinton. Prior to that she was a judge on the US Court of Appeal, appointed by President Carter. She directed the ACLU’s Women’s Rights Project (1972), held chairs at Columbia (1972) and Rutgers (1963) Law Schools. She attended Cornell, Harvard, and Columbia.