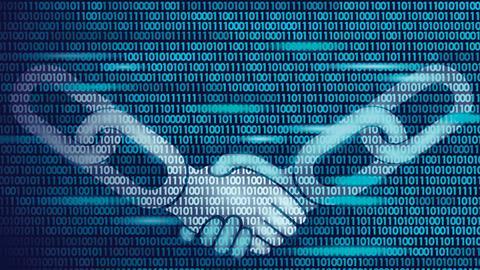 'Lawyers must learn to code' and 'blockchain and smart contracts will be the end of lawyers' are pronouncements often heard in discussions around blockchain, virtual assets and smart contracts. Neither should be taken literally. We co-authored the TLA Blockchain Legal and Regulatory Report, published in conjunction with the Law Society. The report provides general legal and regulatory analysis and guidance for lawyers advising clients in connection with the technology.

Part of the report looks at smart contracts. These are just packages of self-executing code, so they’re not really that smart. What’s neat about them though is that they can access and act on external data and self-escrow virtual assets. Smart contracts can be intended to have legal effect on their own or as vehicles for all or part of a transaction (such contracts are sometimes referred to as smart legal contracts). If smart contracts are used to automate all or part of a transaction, this is sometimes known as 'digitisation'.

When preparing the report, we heard evidence from a range of experts living and breathing smart contracts in a legal context. These experts included in-house counsel leading on digitisation of contract product suites, consultants on data governance and conveyancing digitisation, and the co-founder of a full transaction automation platform. Each expert had a different focus on the potential role smart contracts could play in facilitating transactions.

Common themes emerged from the evidence: smart contracts present a range of advantages, including increased accuracy and potential transparency of contractual terms, efficiency in automating performance, less scope for misinterpretation or competing interpretations, potential tamper-proof evidential value, scope for efficient dispute resolution mechanisms and interoperability with existing data sets and systems. There are also drawbacks, such as the potential for over-automation of elements which can restrict flexibility and discretion, not all elements can or should be automated, not all contracts or transactions are suitable for automation, a lack of interoperability leading to data and system inefficiency, potential inflexibility due to immutability, the potential necessity to pre-fund accounts due to the automation of movements of value, and the integrity of external data relied on by the contract (commonly known as the 'oracle problem').

The technology is still in its infancy with regards to development and application. Widespread adoption across sectors and markets may still be a long way off but serious attention and resources are being invested now into whether and how this technology can improve existing processes and efficiently facilitate transactions. This has been accelerated by the disruption caused by the pandemic which has forced businesses to re-evaluate their service and business models more fundamentally than ever before. Organisations that have historically been slow to embrace change – lawyers included – are now, of necessity, making great strides to innovate and are looking to emerging technologies such as blockchain to help them do so.

Clients seeking to develop, implement or transact through the technology need legal advice against a fast-moving regulatory landscape. Lawyers who understand the technology, its benefits and drawbacks and combine this with their legal expertise can provide focused and actionable advice for clients, spot issues others may miss and will be in high demand. Beyond legal advice, lawyers may end up the de facto project managers and communicators between different stakeholders in a digitisation project, able to speak the language of each while advancing the overriding concern of advising on and meeting the client’s objectives.

Smart contract dispute resolution mechanisms offer innovative (albeit as yet untested) ways to resolve disputes. During the launch of our report on, Sir Geoffrey Vos, chancellor of the High Court, announced the intention to prepare an English law clause recognising the validity of these resolution mechanisms. This is part of the UK Justice Taskforce’s Consultation Paper on Dispute Resolution and Smart Contracts. The direction of travel is clear, but these mechanisms won’t render lawyers surplus to requirements. Instead, savvy lawyers will provide advice and input on choice and parameters of these mechanisms at the outset, may themselves be the preferred independent arbitrators for some mechanisms, and could progress litigation around the mechanisms themselves or elements outside their scope.

Lawyers aren’t going away anytime soon, but they do need to understand how this technology works. ’Learn to code’ isn’t necessarily literal. Clients won’t pay charge-out rates for a lawyer’s coding work product, a firm’s insurers likely won’t cover it, and if anything it can be distracting from continuing professional development and understanding the wider technology stack and its application. Instead, a short course on blockchain or taking advantage of the wide range of information online may be a better approach. Even if adoption is slow or minimal, learning won’t be wasted, as the understanding and insight developed can be applied across other sectors and technologies. There’s nothing to lose and plenty to potentially gain.