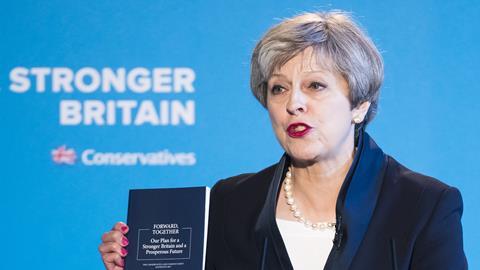 I suspect that most readers, at some stage in their career, will have had to explain to a client, relative or friend that the combination of a magnifying glass and a Land Registry title plan won't resolve an intractable boundary dispute. Now it seems that those heart-sink conversations are to be consigned to history. At least if one thoroughly non-conservative pledge in the Conservative Party’s manifesto becomes reality.

This is the proposal to merge parts of Land Registry, Ordnance Survey, the Valuation Office Agency and other bodies ‘to create a comprehensive geospatial data body within government, the largest repository of open land data in the world’.

The manifesto enthuses about the possibilities of digitising the planning process and creating the most comprehensive digital map of Britain to date. The database 'will support a vibrant and innovative digital economy, ranging from innovative tools to help people and developers build to virtual mapping of Britain for use in video games and virtual reality'.

Personally, I love the idea - I’ve been banging on in print about the possibilities of mashing up land and property data for 10 years or more. But there’s more to the issue than data geekery and I wonder if the manifesto writers appreciate that not everyone will see the proposed system as self-evidently a good thing.

For a start (property professionals can skip the next couple of paragraphs) a geospatial data body is not quite the daring 21st century innovation the manifesto makes out. In fact most major economies already have one. It’s called a cadastre, a database combining information about the location, ownership and value of a patch of land. A good example is The Netherlands’ Kadaster, which collects and registers administrative and spatial data on not only on property but on ships, aircraft and telecom networks to boot. Look at any development plan for a country emerging from dictatorship or war and you can guarantee that one of the priorities supported by aid agencies is a cadastral information system. 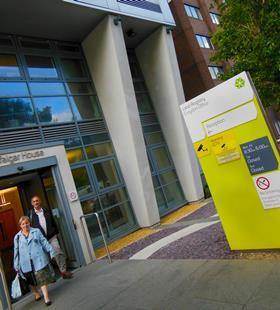 Yet we don't have one ourselves. Lawyers will guess why England and Wales is the outlier: the ancient establishment of rights to estates in common law long pre-dates accurate mapping and has not been interrupted by revolution or conquest. So boundaries are still defined by such features as far edges of ditches rather than lines on some government plan. Of course there is also the English law complication that ownership in land is never absolute but as a consequence of often overlapping relationships defined in four dimensions - length, breadth, height/depth and time and recorded in different ways.

Such fuzziness offends the Napoleonic mind, which is why cadastral agencies are apparently the norm in civil law jurisdictions. Even in England the idea has been mooted since 1836, when a Royal Engineers officer charged with modernising the tithes system argued the case for recording the geographical boundaries, title and value of every plot. The idea didn’t fly, though in recent years we have had at least one stab at a cadastral database, the Rural Land Register created to implement reforms in - significantly - the EU Common Agricultural Policy.

Meanwhile, it can be argued that the creep of mandatory land registration since 1926, with accompanying state guarantees, has already accomplished the cultural shift of defining title by reference to a central database rather than a locally held box of deeds. In theory all we need to do is weave in the Ordnance Survey’s location data, the Valuation Office Agency’s value data, along with the government’s hydrographic and geological data, and bingo, a new era of certainty and efficiency. And no more 'general boundaries' on plans. As the Conservative manifesto states, digital technology will release ’massive value from our land… introducing greater specialisation in the property development industry and far greater transparency for buyers.'

We don’t even need to look outside the UK for exemplars - in Northern Ireland the mapping, land registration and value agencies have been amalgamated since 2008. I understand it is working fine.

For all that, I don’t think this data body is going to be pain free. It will face institutional resistance and challenges both legal and technological. The Rural Land Register mentioned above provides a grim case study - its over-engineered IT system was one of the dismal procession of public sector computing fiascoes under the last Labour administration. A new cadastral database may also involve the adoption of blockchain shared ledger technology (the stuff that makes Bitcoin work) - an exciting but potentially scary prospect. There will also be quetions of privacy. And then there's the question of how to manage the switch to defining boundaries by lines on centrally created digital maps. What scale will be used, and how will the inevitable conflicts with features on the ground be resolved?

Meanwhile the rows over abortive proposals to privatise bits of Land Registry illustrate the potential political dangers of meddling in the sector, especially one so close to Conservative voters' hearts.

For all its faults (I've experienced a few as a lay buyer and seller of property) there may be good reasons for England and Wales' current system of recording land ownership, value and location. I’m sure Gazette readers will have firm opinions - and not just about clients wielding magnifying glasses and title plans.