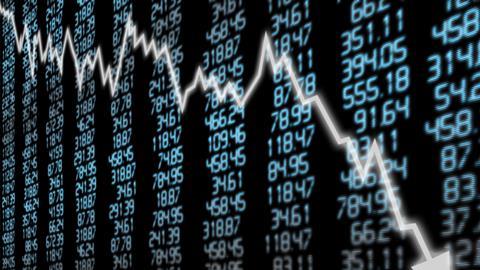 In this column I often reflect on how well the litigation funding industry is doing, the ease with which it attracts investment and the pace at which it is expanding. But in the past month, we have seen the biggest and proudest of the funders suffer an astonishing reversal of fortunes.

As the Gazette has reported, Burford, previously a darling of the AIM market, found itself targeted by US shareholder activist and ‘short seller’ Muddy Waters at the start of August. Waters issued a damning report criticising the funder’s corporate governance and accounting practices, prompting a whopping 40% drop in share price. The funder hit back fiercely, rejecting the criticisms and alleging illegal share price manipulation by the short seller (which Muddy Waters denies).

Burford has sought to calm shareholder nerves by explaining its accounting processes in detail and making changes to its corporate governance – for example, a new chief financial officer to replace Elizabeth O’Connell, who is married to Burford’s chief executive Christopher Bogart. But though the share price has rebounded, the funder’s woes have continued, with a law firm specialising in investor rights filing a lawsuit against Burford.

At the end of last month, investment ‘supermarket’ Hargreaves Lansdown revealed that it has dropped Burford from three of its funds. Some of the comments from its fund manager Steve Clayton will worry any funder contemplating a public listing.

Clayton said his firm did not know whether Waters was right or wrong about Burford, noting that the funder ‘did a pretty good job’ of ‘demolishing’ many of Waters’ claims.

But he added: ‘So why did we sell the holding? Burford is a litigation funder, its clients are law firms and litigants. Its model is to raise money from investors, deploy that into funding legal claims around the world and make returns from a share of the successful cases.

‘Hitting the headlines in this fashion is not good PR. Clients need to know that their funder will keep funding them through to the conclusion of their case.

‘Burford has always said that when progress in a case is significant, it considers whether to revalue the asset that case represents in its books. We think it is fair to do this, but it does raise the risk that Burford could misread the ultimate strength of its case.’

Clayton added: ‘Muddy Waters alleges that Burford is too optimistic in how it revalues its assets. Burford insists it is not, but will not reveal what value it has put on individual cases, arguing that it would give its client’s opponents too much information.

‘The only way to settle this argument would be to run down the portfolio, settle the cases for better or worse and see what the eventual value turned out to be. That’s not going to happen, of course, so the argument can run and run, keeping the stock under a cloud.’

What Clayton touched on is a potential problem for the funding industry in general. A funder’s main asset is litigation, which is a unique and difficult asset class. All decent funders will be satisfied that they have a good grip on what their cases are actually worth, but convincing external shareholders that their case valuations are accurate is far more difficult. You cannot prove you are right until the case settles for the amount that you said it would. And what if a funder decides that the value of a particular claim has gone down? It would be hard to reflect that openly in a report to shareholders, when doing so would mean announcing to your opponents that you believe your case against them has weakened.

With three funders currently listed on AIM (the other two have reportedly distanced themselves from Burford’s accounting practices), others had been contemplating joining what appeared to be a growing and positive trend. But it seems safe to assume that the lure of the stock market will have lost much of its shine given recent events.

The publicity surrounding Burford is also likely to push the issue of government regulation of the funding industry further up the agenda. It is nearly eight years since the Association of Litigation Funders was formed to enable the industry to regulate itself, with a code of conduct endorsed by Lord Justice Jackson. But Jackson always made clear that the question of whether there should be government regulation of the funding industry should be ‘revisited if and when the third-party funding market expands’.

There is no doubt that the industry has expanded hugely since 2011, both in terms of the number of players and the sums invested. At some point, Brexit will surely be sorted and the government will be able to turn its eye to other matters. Regulation of the litigation funding industry is likely to be a question of when, and not if.

Rachel Rothwell is editor of the Gazette sister magazine Litigation Funding, the essential guide to finance and costs. For subscription details, tel: 020 8049 3890