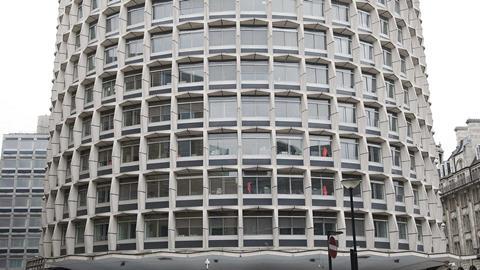 The government has deferred a review of its legal panel arrangements pending a procurement overhaul expected to result in big savings to its £250m fee bill.

The panel lists are governed by the cross-government Legal Services Framework agreement, which replaced the Legal Services and LitCat frameworks in 2013 and is due to expire on 31 January next year. The panels include 47 firms sharing legal fees totalling £250m a year.

Panel firms were invited to a meeting at the Government Legal Department’s (GLD) offices in Kemble Street (pictured), London, last February. However, since then there has been no subsequent engagement with firms on the future shape of the network, the Gazette understands.

Crown Commercial Services, Whitehall’s procurement arm, said the delay in establishing a new agreement ‘is to enable our ongoing and constant engagement with our legal services suppliers to continue, in order to explore jointly how we can reduce the costs of the services provided to us’.

Interviewed for the Gazette, Treasury solicitor Jonathan Jones, head of the GLD, said: ‘It’s all up for grabs. We probably don’t put the screws on enough, and this will give us an opportunity to get better value out of our private practice lawyers.’

External legal spend may be reduced further as Jones considers ‘if there is more we can do in-house’.

Crown Commercial Services estimates that the current panel contract delivers a saving of 25%. Existing arrangements have been extended to January 2017.

There is speculation that reform could focus on instructions with a value estimated at over £500,000, which any panel firm can bid for in a process that participants note includes significant duplication of information provided. ‘It’s quite an exercise,’ one lawyer involved in the work said.