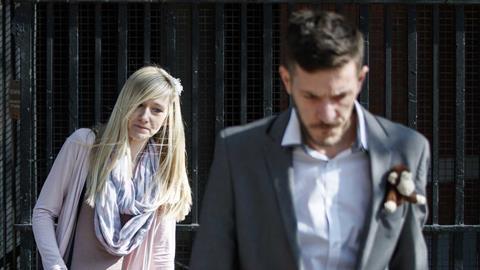 The Legal Aid Agency has defended itself from criticism over legal aid eligibility following a high-profile case in which the parents have fought to keep their eight-month-old baby alive.

Mr Justice Francis ruled on Tuesday that Great Ormond Street Hospital can lawfully withdraw all treatment, save for palliative care, to permit Charlie Gard, who suffers from a rare genetic condition - mitochondrial depletion syndrome - and has brain damage, to die with dignity.

According to the Daily Mail, the judge, handing down his ruling in the Royal Courts of Justice, questioned why the parents had not been given legal aid.

Francis said 'he found their lack of state funding “remarkable” as he could not think of a situation more “profound”', the Mail reported.

The agency confirmed to the Gazette that there was no legal aid application in this case.

An agency spokesperson said: 'Legal aid is available for High Court cases in relation to children and vulnerable adults. This is subject to tests concerning the merits of the case and the applicants’ financial means.'

Hobey-Hamsher told the Gazette that non-means-tested legal aid was not available in the case.

Hobey-Hamsher was unable to comment specifically on Yates and Gard's circumstances. But 'there is a strong argument that non-means-tested legal aid should be available in these cases', she said.

The majority of public family cases, which may deal with care and supervision orders to protect vulnerable children, and are primarily driven by proceedings issued by local authorities, are not subject to means and merits tests.

According to government guidance on civil legal aid means testing, a client's gross monthly income should be £2,657 or less. The disposable income limit is £733 per month. The disposable capital limit is £8,000 for all civil legal services except any relating to certain immigration matters.

The agency waives all upper eligibility limits if a client is applying for legal aid for an order for protection from domestic violence or forced marriage. However, a contribution may be required.