Public law specialists have begun legal proceedings against the Information Commissioner’s Office over publication of Whitehall submissions on judicial review that have influenced controversial reforms.

Public Law Project is appealing to the First Tier Tribunal the ICO’s decision not to require the Ministry of Justice to disclose submissions made by government departments to the Independent Review of Administrative Law (IRAL).

IRAL’s call for evidence contained questions specifically for government departments. The document said responses would feed into a final report but confidentiality could not be assured. It highlighted a statutory code of practice under the Freedom of Information Act with which public authorities must comply.

Over a dozen Whitehall departments, including the Home Office and 10 Downing Street, rejected the Gazette's Freedom of Information requests to publish their full submissions to IRAL’s call for evidence. The MoJ published a 21-page summary document three weeks before its controversial Judicial Review Reform consultation closed.

In April, the MoJ rejected PLP’s freedom of information request to publish the full Whitehall submissions. PLP complained to the ICO in August. Last month the ICO decided not to uphold PLP’s complaint. 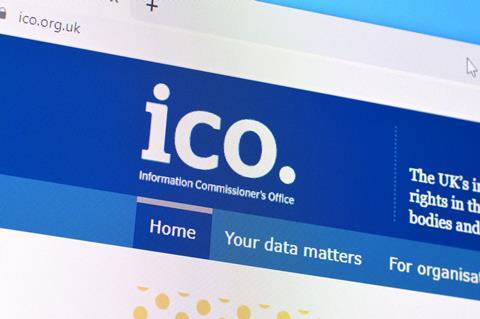 In its legal challenge, PLP argues that the government’s submissions are not ‘exempt’ information under the Freedom of Information Act on the basis of collective cabinet responsibility or the conduct of public affairs. Even if the submissions are classified as being exempt, this is outweighed by the public interest.

PLP further argues that the submissions were not communications in a cabinet or ministerial committee – they were drafted for the purpose of being sent outside government to a review panel expressed intended to be independent of government.

Jo Hickman, PLP director, said: ‘The MoJ argued that disclosure would prejudice the conduct of public affairs and collective cabinet responsibility, claiming that departments could reasonably assume that their evidence would be treated confidentially and that this was a “safe space” for discussion on policy. This is manifestly not right. The IRAL was explicit that it could make no assurance of confidentiality.

'There are plenty of “safe spaces” for government, such as cabinet meetings, ministerial committees and correspondence. These submissions were not part of any contributions to an internal debate in government. They were drafted with the purpose of being sent outside government to an independent panel.’

Lord Faulks QC, who led the independent review, revealed in June that he and the government clashed over the publication of submissions.

The Judicial Review and Courts Bill is currently at report stage in the House of Commons and still needs to make its way through the Lords. Earlier this month the Joint Committee on Human Rights warned that the reforms could result in serious human rights abuses.

Hickman said: ‘The [bill] will make governments less accountable and transparent. It is deeply disappointing that the government is choosing to develop legislation in this way. Law-making should be open and transparent, not secretive.’

The ICO said the commissioner does not comment on live cases before the tribunal. The MoJ declined to comment.